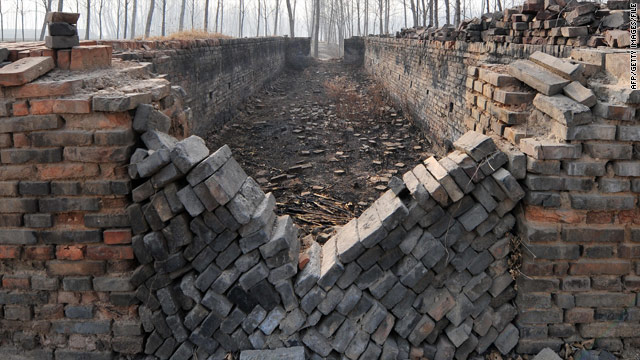 Authorities in China are struggling to identify 30 people they rescued from illegal brick kilns where they were being enslaved and abused, state-run media reported Wednesday.

The officials are having a difficult time identifying some of the workers because at least 17 of them are disabled or have a mental illness, police told the state-run China Daily newspaper.

"Some of them can't even speak a whole sentence, and they don't act like normal people," Liu Weiming, deputy director of publicity in Zhumadian, where the workers were rescued, told the state-run paper. "Most are staying at a relief station because they can't remember where they are from."

The China Daily said that the scandal was exposed by the City Report TV channel who reported that workers were "abducted from streets and railway stations and then sold to bosses at brick kilns for 300 yuan to 500 yuan ($45 to $80)."

Bai Shasha, one of the rescued victims, said he and his father got lost in March and were abducted when several people with knives approached him. He said during the time he was enslaved at the kiln he was regularly beaten with bricks or whips, China Daily reported. Bai also said he and other workers were forced to work all day long without any rest, and then they all slept in cramped confines at night.

China Daily reported that Liu said two bosses and a supervisor were detained in relation to the case. One of the supervisors, age 14, is accused of beating workers with whips.

The incident is not the first in China. In 2007, 2009 and 2010 more than 1,500 people have been rescued from illegal brick kilns. An investigation in 2007 found that more than 53,000 workers at kilns were illegally employed, according to previous state-run media reports .