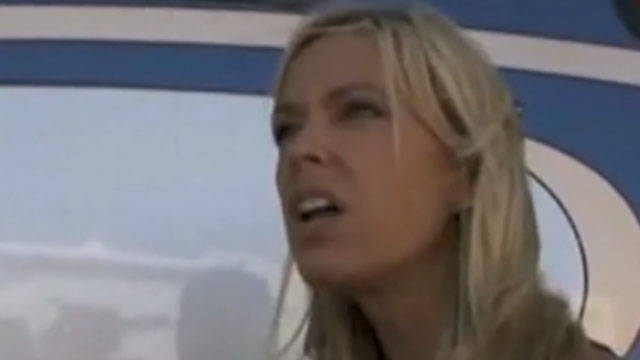 Let's be honest. Celebrity freakouts are hilarious. Not only do celebs show their less polished sides, but the clips also provide a great escape during the work day. Take, for example, Kate Gosselin. The epic battle of Kate Gosselin vs. The Babysitter over a piece of pizza had you howling yesterday. So, we've resurrected her brand of eccentric behavior back for a repeat performance along with some of our other favorite celeb rants.

All kinds of crazy – What do Bill O'Reilly, a bitter divorcee, Paula Abdul and Heather Mills have in common? Answer: Absolutely televised breakdowns. Whether it's a 20-year-old clip coming back to haunt O'Reilly, or Abdul crying over a Bratz film, they are definite must-sees.
[cnn-video url="http://www.cnn.com/video/#/video/showbiz/2011/09/08/vault-sbt-celebrity-freakouts-1.cnn"%5D

Make it happen – You know you're a diva when you can direct a live segment from IN FRONT of the camera. It's clear Mariah Carey wants total control of this situation as she tries to shell her goods on HSN. The real surprise is that this didn't end with her hitting a high-pitched note only dogs can hear.
[cnn-video url="http://www.cnn.com/video/#/video/bestoftv/2011/07/25/exp.ac.ridiculist.mariah.carey.cnn"%5D

Ticking off the 'Terminator' – Maybe he was trying some form of method acting, or maybe we can file this entire exchange in the "over-the-top" category. Whatever the case, Christian Bale's rant at a man who walks through the set of his scene became an instant, if not scary, classic.
[cnn-video url="http://www.cnn.com/video/#/video/showbiz/2009/02/03/am.ballistic.bale.cnn"%5D

We all scream for pizza – No one has ever mistaken Kate Gosselin for a meek person. But who knew something as miniscule as a slice of pizza would fuel her fire? Note to self: Don't mess with Kate Gosselin's lunch, especially if it's not wrapped in foil.
[cnn-video url="http://www.cnn.com/video/#/video/us/2011/09/06/ac-ridiculist-kate.cnn"%5D