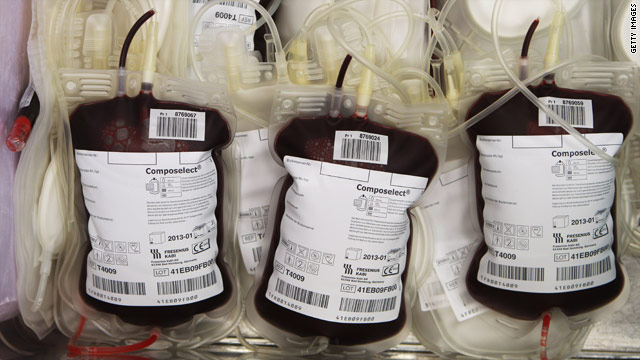 Gay men who have not had sex with another man in 12 months will be allowed to donate blood in parts of the UK for the first time since a ban was put in place in the 1980s in response to the spread of AIDS and HIV, the UK Department of Health announced Thursday.

The decision follows a review of the ban by the Advisory Committee on the Safety of Blood, Tissues and Organs (SaBTO) who studied the latest details on relevant sexual contact in relation to the safety of donating blood and completed a full review of review of overall blood donor selection criteria that is related to sexual behavior. The committee looked at the risk of infection being transmitted in blood as well as improvements in testing donated blood for diseases before reaching their conclusion to change the guidelines.

The UK Department of Health said the review found "evidence no longer supported the permanent exclusion of men who have had sex with men.

“NHS Blood and Transplant’s priority as a blood service is to provide a safe and sufficient supply of blood for patients," Dr. Lorna Williamson, the  Medical and Research Direct of NHS Blood and Transplant said in a statement. "We welcome this review and its conclusions.  It gives us an opportunity to broaden our donor acceptance on the basis of the latest scientific evidence. “It is essential that our donor selection rules are based on good evidence to maintain their credibility with donors, and this change gives us an updated policy that is proportionate to the current risk.

“The SaBTO review concluded that the safety of the blood supply would not be affected by the change and we would like to reassure patients receiving transfusions that the blood supply is as safe as it reasonably can be and amongst the safest in the world. There has been no documented transmission of a blood-borne virus in the UK since 2005, with no HIV transmission since 2002.”

NHS Blood and Transplant said on their website that they know there is frustration that people are treated as groups when it comes to blood donation, but that it is necessary for safety to treat groups that may have larger risks of infections in blood with special care.

"The Blood Services are therefore required to follow deferral rules that estimate the statistical risk of certain groups based on behavior," they said. "We are sorry for any inadvertent offense this may cause."

The move comes as global perspectives are beginning to change and countries are re-examining their rules for blood donation. England, Scotland and Wales will join Australia Sweden and Japan in requiring a one-year gap between sexual intercourse between two men before they are eligible to give blood. South African has introduced a six-month gap between sexual intercourse between two males and their donation of blood. The United States examined lifting the lifetime ban on gay men donating blood in 2010 but the ban was upheld by a federal committee.