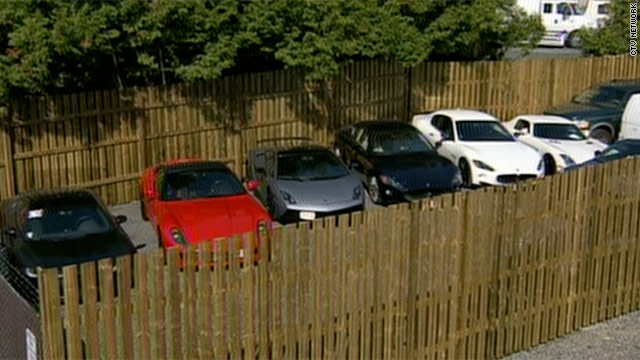 Would losing your Maserati for speeding be akin to paying a million-dollar fine for jaywalking?

That may be a question five drivers in British Columbia will soon ask themselves.

The five are among 13 owners of high-end sports cars who had their vehicles impounded last week after what Royal Canadian Mounted Police allege was a street race on a provincial highway in suburban Vancouver that reached speeds of 120 mph (200 kph). Police put the total value of the vehicles at $2 million.

Police fined each of the drivers, 12 men and one woman all under age 21, $196, but lacked evidence to pursue more severe sanctions, they said. They looked for other avenues to get their message across that street racing would not be tolerated.

So while some of the vehicles were returned to their owners Thursday, five others won't be back on the street any time soon.

"We are going to pursue forfeiture of five of the vehicles," British Columbia Solicitor General Shirley Bond said.

Police said the forfeiture action was warranted because it was clear the vehicles were used in a manner that posed a danger to the public.

“Based on the fact that they had been involved in street racing, that there was the potential for catastrophic injury or death, that their driving showed a complete disregard for the other motorists on the road,” police Cpl. Holly Marks told CNN affiliate CBC-TV.

Bond said only five cases are being pursued because official believe they have enough evidence to gain forfeiture in only those five cases, according to CNN affiliate CTV.

"In British Columbia, we expect people to behave responsibly on our highways," said Bond, whose office oversees the BC Civil Forfeiture Office, which brings forfeiture cases before the province's Supreme Court.

But Micheal Vonn, policy director for the BC Civil Liberties Association, says forfeiture of the pricey vehicles isn't warranted when there are no criminal charges involved, according to CTV.

"This is just an end run around the criminal process," she's quoted as saying. "There's a reason why we don't charge people $1 million for jaywalking. We expect a court to make a fair assessment of what is due in terms of violation or offence."