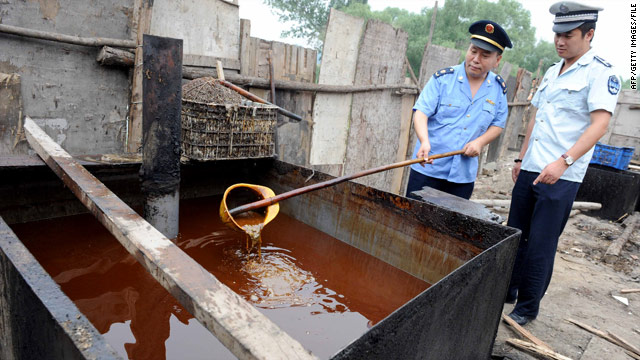 Thirty-two people have been arrested in China for selling cooking oil recovered from gutters behind restaurants, the state-run Xinhua news agency reports.

China's Ministry of Public Security said it recovered more than 100 tons of the illegal so-called "gutter oil," the report said.

The arrests came after a six-month investigation that spanned 14 provinces, according to Xinhua.

The state-run China Daily, citing a report in the Beijing Times, said the oil comes from restaurant gutters, leftover pieces of pork and poultry fat. It is refined at illegal plants that remove impurities with calcium carbonate and neutralize acidity with alkali.

An oil container at one of those plants had sanitary napkins, plastic bags and other garbage in it, according to the Xinhua report.