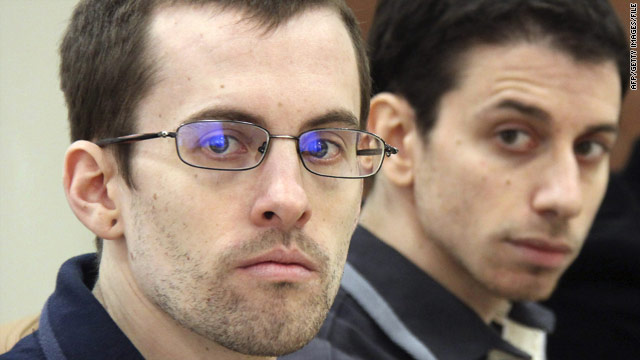 Hikers Shane Bauer, left, and Josh Fattal are shown in a picture release by state-run Iranian TV in February.
September 13th, 2011
06:03 AM ET

Josh Fattal and Shane Bauer, two American hikers accused of being spies in Iran, will be released from an Iranian prison after a $500,000 bail is paid for each of them, the two men's attorney said Tuesday.

The lawyer said he has spoken to the two men's family and the are trying to get the money quickly.

If the two men walk free this would be the end of an international tug-of-war between Iran and the United States that has stretched on for over two years.

More than two years ago, the two men along with Sarah Shourd - Bauer's fiancee - were hiking in Iraq's autonomous Kurdish region along the Iranian border.