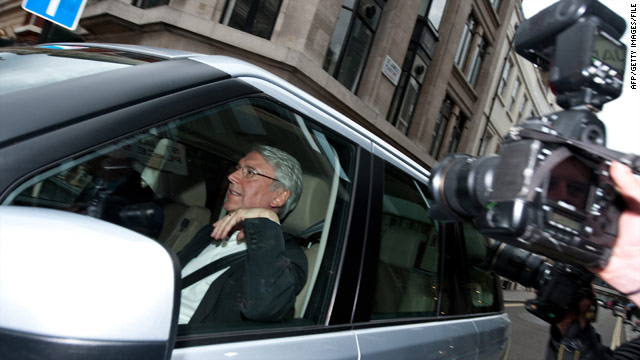 [Updated at 7:49 a.m. ET] Former senior News Corp. executive Les Hinton is being recalled to testify before a parliamentary committee over a phone-hacking scandal involving journalists at the now defunct News of the World newspaper, a spokesman for the panel said Tuesday.

The Culture, Media and Sport Committee is also "highly likely" to recall News International chief executive James Murdoch - who gave evidence before the parliamentary committee in July alongside his father Rupert - to face fresh questions from lawmakers, the spokesman said.

A News Corp. spokesman told CNN James Murdoch was "happy to appear in front of the committee again to answer any further questions members might have."

Hinton - one of Rupert Murdoch's longest-standing employees - resigned as head of News Corp.'s Dow Jones unit and publisher of The Wall Street Journal in July.

He was formerly chief executive of News International, the British arm of News Corp. which published News of the World.

đź“© Sign up to get the facts on coronavirus delivered to your inbox dailcnn.it/38ZdczUf2z Here's everythintwitter.com/i/web/status/1â€¦iMpQl
cnni