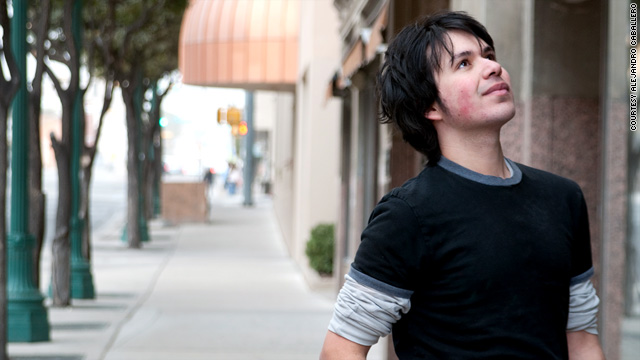 Alejandro Caballero attends college in Iowa, nearly 1,000 miles away from his home and family in Ciudad Juarez, Mexico. It's his third year studying marketing communications at Simpson College, but he's been going to school in the United States for nearly eight.

Caballero, 20, began crossing the border from Juarez to El Paso, Texas, for school when he was 13. His mother dropped him off every day at the border in Juarez and he made the trip alone to El Paso for six years.

The experience taught him a valuable lesson about responsibility and independence, one that got him through high school and has earned him a full college scholarship three years in a row.

Caballero was one of several students from Lydia Patterson Institute who spoke with CNN in 2009. At the time, about 70% of students lived in Mexico as Mexican border cities such as Juarez became battlefields in the drug war, and American cities such as El Paso became refuges for middle- and upper-class Mexicans.

But families that could not give up their lives in Juarez sent their children to schools in El Paso.

"If it hadn’t been for Lydia Patterson, I wouldn't have had the chance to go to college because obviously, my family earns very low income, so having a full scholarship is definitely a blessing," he said. "I'm very thankful for Lydia Patterson."

Hazel Barrera also lived in Juarez and made the most of her education at Lydia Patterson. She's now a sophomore Ohio Wesleyan University, double majoring in English and art with a concentration in metals and photography.

"It's really, really cold and I've never seen so many cloudy days, so it's different," she said. "But I like it because the school is small, like Lydia Patterson, and I like it there even though it's always cold.

Caballero is also content despite the colder climate of Indianola, home to Simpson College, which he described fondly as a "small, quiet little town."

He puts his photography and marketing skills to use in his free time by volunteering for his school's public relations department. He has his own freelance photography business on the side but rarely gets around to shooting in between school, volunteering and pursuing internships with marketing agencies.

He attends school on a student visa and returns to Juarez for Christmas and the summer recess. He misses his family, but he feels prospects for a better future lie in the United States.

"It's a complicated question," he said. "I really want to live here; I see a big future in front of me. I want to work with big companies and pretty sure if I go back to Mexico I wouldn't have the same opportunities."

Weight, cholesterol up for man who lost 27 pounds on Twinkie diet