Suspect who authorities say attempted to breach the FBI's field office in Cincinnati and was involved in a standoff‚Ätwitter.com/i/web/status/1‚Ä¶68

Anne Heche is now being investigated for felony DUI after crashing her car into a Los Angeles area home, which then‚Ätwitter.com/i/web/status/1‚Ä¶OB

A stretch of Interstate 71 in Ohio has been closed after a person attempted to gain entry into the FBI‚Äôs Cincinnatitwitter.com/i/web/status/1‚Ä¶b0rM 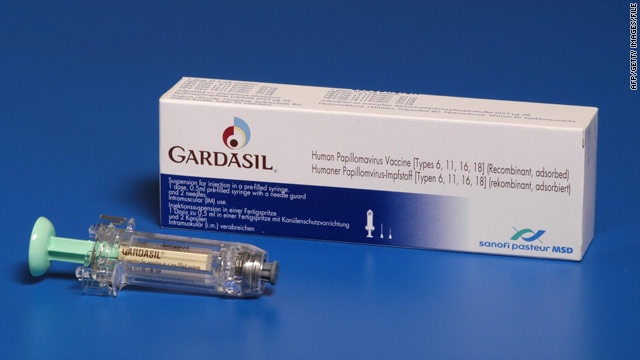 The human papillomavirus is the most common STD, according to the Centers for Disease Control and Prevention,¬†and the second¬†leading cause of female cancer mortality worldwide, according to the World Health Organization. There are currently two FDA-approved vaccines - Gardasil¬†and Cervarix - to protect against the types of HPV that cause most cervical cancers.¬† While each vaccine uses different substances to rev up the immune system, both are given as shots and must be received in three doses over a six-month period, according to the manufacturers.

The debate over the use of the HPV vaccine - and specifically how it is given and who can mandate it - became a hot topic after some tense exchanges during Monday‚Äôs CNN/Tea Party GOP debate.

GOP presidential contender Rep. Michele Bachmann challenged one of her rivals for the Republican nomination, Texas Gov. Rick Perry, on his 2007 executive order that would have required Texas schoolgirls to receive vaccinations against HPV. Bachmann suggested the governor acted for political reasons, noting that the maker of Gardasil - the only Food and Drug Administration-approved HPV vaccine at the time ‚Äď contributed to his campaigns, and that his former chief of staff lobbies for the company. She also said the drugmaker, Merck & Co., stood to make millions of dollars because of the order.

Bachmann‚Äôs challenge came as candidates discussed the pros and cons of executive orders, and when and how the president should use one.

Perry said during the debate that if he could do it over again, he wouldn‚Äôt use an executive order, but would work with the legislature.

Perry took that one step further. In February 2007, he signed an executive order directing the state Health and Human Services commissioner to mandate HPV vaccinations for all girls before admission to the sixth grade. Perry at the time released a statement saying that the vaccine "provides us with an incredible opportunity to effectively target and prevent cervical cancer.‚ÄĚ

We've been vaccinating kids - by mandate - for school for years.¬† And for all of those vaccines, parents have the ability to opt out. Again, that's nothing new.

During Monday‚Äôs debate, much of the brouhaha over the HPV vaccine centered more on how Perry approached the issue than the vaccine itself. After the debate, Bachmann did touch on whether the vaccine was safe: She said parents told her that the vaccine had made their children sick.

‚Ė† Both are given as shots and require three doses.

‚Ė† Only one of the vaccines (Gardasil) protects against HPV types 6 and 11 - the types that cause most genital warts in females and males.

‚Ė† Only Gardasil has been tested and licensed for use in males.

‚Ė† Only Gardasil has been tested and shown to protect against cancers of the vulva, vagina and anus.

‚Ė† The vaccines have different adjuvants, substances that are added to increase the body's immune response.

12:30 am ET August 12, 2022 RETWEET
Mind ūü§Įafter the revelations of the day. We ask Clapper what he thinks about the possibility Trump had unsecured Nutwitter.com/i/web/status/1‚Ä¶jznyD
sarasidnerCNN

11:43 pm ET August 11, 2022 RETWEET
Amanda Seyfried has described coming under pressure to appear in nude scenes when she was just 19 years old and sta‚Ätwitter.com/i/web/status/1‚Ä¶2a
cnni

11:24 pm ET August 11, 2022 RETWEET
Steve Martin is experiencing a new wave of popularity thanks to his Hulu series ‚ÄúOnly Murders in the Building.‚ÄĚ Btwitter.com/i/web/status/1‚Ä¶hWdxGQ
cnni

12:30 am ET August 12, 2022 RETWEET
Mind ūü§Įafter the revelations of the day. We ask Clapper what he thinks about the possibility Trump had unsecured Nutwitter.com/i/web/status/1‚Ä¶jznyD
sarasidnerCNN

11:43 pm ET August 11, 2022 RETWEET
Amanda Seyfried has described coming under pressure to appear in nude scenes when she was just 19 years old and sta‚Ätwitter.com/i/web/status/1‚Ä¶2a
cnni

11:24 pm ET August 11, 2022 RETWEET
Steve Martin is experiencing a new wave of popularity thanks to his Hulu series ‚ÄúOnly Murders in the Building.‚ÄĚ Btwitter.com/i/web/status/1‚Ä¶hWdxGQ
cnni

Suspect who authorities say attempted to breach the FBI's field office in Cincinnati and was involved in a standoff‚Ätwitter.com/i/web/status/1‚Ä¶68
cnnbrk

6:43 pm ET August 11, 2022 RETWEET
Anne Heche is now being investigated for felony DUI after crashing her car into a Los Angeles area home, which then‚Ätwitter.com/i/web/status/1‚Ä¶OB
cnnbrk