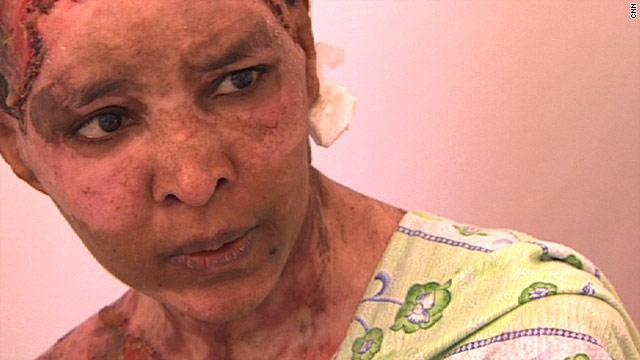 Shweyga Mullah says the wife of one of Gadhafi's sons, Hannibal Gadhafi, poured boiling water on her head.
September 15th, 2011
09:58 AM ET

A nanny who suffered extensive burns when, she said, a relative of ousted Libyan leader Moammar Gadhafi's family poured boiling water on her, has left Libya for Malta, where she will receive additional medical treatment, according to CNN staff traveling with her.

Mullah, who is in her 20s, worked as a nanny for two of the couple's children. When she couldn't keep one from crying, and refused to beat the child, she said Aline Gadhafi poured the boiling water on her head.