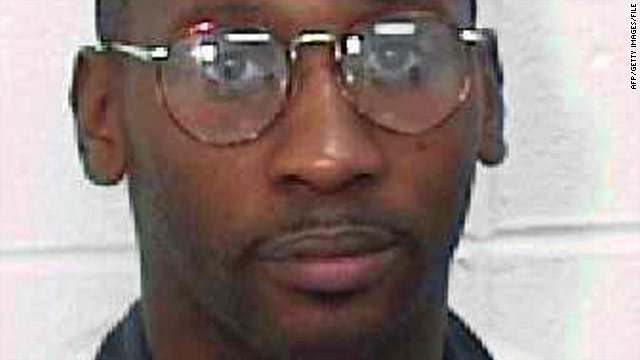 On the Radar: Clemency sought, Marine honored, congressmen to be sworn in

Clemency sought: The NAACP and Amnesty International on Thursday will deliver petitions with thousands of signatures seeking clemency for convicted killer Troy Davis to the Georgia Board of Pardons and Paroles.

Davis, 42, is set to be executed on September 21 for the murder an off-duty Savannah police officer more than two decades ago.

Since Davis' conviction in 1991, seven of the nine witnesses against him have recanted their testimony. No physical evidence was presented linking Davis to the killing of the policeman.

The rights groups contend there is too much doubt about Davis' conviction to let the execution proceed.

"Troy Davis could very well be innocent," Amnesty International says on its website.

Medal of Honor: Dakota Meyer will receive the Medal of Honor from President Barack Obama at the White House on Thursday, becoming the first living Marine to get the medal for actions in Afghanistan or Iraq.

Meyer repeatedly ran through enemy fire to recover the bodies of fellow American troops during a firefight in Afghanistan's Kunar province in 2009.

Meyer ultimately saved the lives of 13 U.S. Marines and soldiers, and 23 Afghan soldiers, according to the Medal of Honor account on the Marine website. He also is credited with killing at least eight Taliban insurgents.

Swearing in: The two newest members of Congress, Republicans Mark Amodei of Nevada and Bob Turner of New York, will be sworn in on Thursday, two days after they won special elections in Nevada and New York respectively.

Amodei's election was expected. Republicans have represented Nevada's 2nd congressional district - which covers almost the entire state, except the southern tip and the Las Vegas metropolitan area - since it was created in 1983.

But Turner, a former cable TV executive,Â defeated Democratic state assemblyman David Weprin 54% to 46% in New York's 9th congressional district, giving the GOP control in a district where Democrats have a 3-to-1 voter advantage.