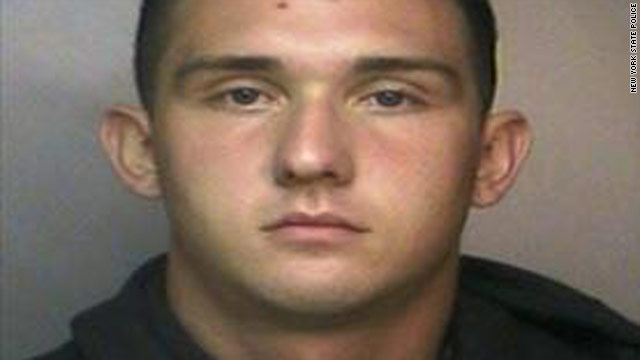 Marcum, who was in "unit custody" on the base after being arrested earlier in the week on suspicion of burglary, eluded officials on base Thursday night, got into an altercation with a fellow soldier and stole his parents’ 2003 Chevrolet Avalanche, state Trooper Jack Keller said.

He drove away from the area and led police on a chase, Keller said. The car eventually went over stop sticks that police had deployed in rural Otsego County, and Marcum lost control of the vehicle, according to Keller.

Marcum left the car and fled into a wooded area, and he hasn’t been seen since, Keller said.

Just hours before he left Fort Drum, Marcum’s parents bailed him out of the Jefferson County (New York) Jail, where he’d been held since Monday on burglary charges, Fort Drum spokeswoman Julie Cupernall said. He was placed into unit custody at Fort Drum after his parents posted bail, Cupernall said.

Marcum joined the Army in August 2010 and was deployed to Afghanistan from January to March, Cupernall said.