A top Proud Boys lieutenant becomes the first member of the extremist far-right group to plead guilty to seditiousŌĆtwitter.com/i/web/status/1ŌĆ”hi

President Biden will pardon all federal offenses of simple possession of marijuana in first major steps toward decrŌĆtwitter.com/i/web/status/1ŌĆ”3D

A federal court has temporarily blocked enforcement of parts of a New York gun law that recently went into effect.ŌĆtwitter.com/i/web/status/1ŌĆ”g6

Democrat holds a slim lead in the Arizona Senate race while there's no clear leader in a tightly contested Senate rŌĆtwitter.com/i/web/status/1ŌĆ”BG

The 2022 award goes to French author Annie Ernaux "for the courage and clinical acuity" of her often autobiographicŌĆtwitter.com/i/web/status/1ŌĆ”RO

At least 30 people have been killed in a mass shooting at a child care center in northeastern Thailand, officials sŌĆtwitter.com/i/web/status/1ŌĆ”F6 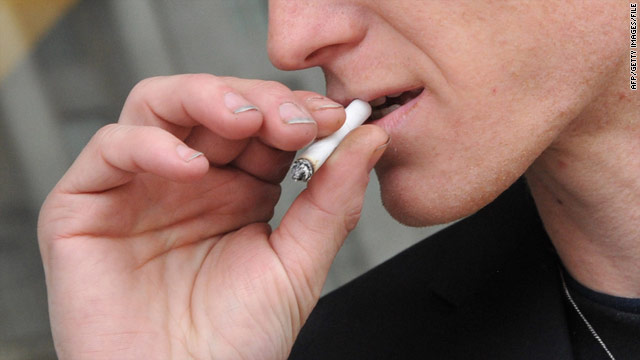 Campaigns against smoking are one way to fight non-communicable diseases, the World Health Organization says.
September 19th, 2011
06:39 AM ET

U.N. health meeting: For only the second time in the history of the United Nations, the General Assembly will hold a meeting on a health issue.

The aim of the two-day U.N. conference is "to adopt a concise, action-oriented outcome document that will shape the global agendas for generations to come," according to the WHO's website.

Eighty percent of deaths from non-communicable diseases occur in low- or middle-income countries, the WHO says. On Sunday, the organization released a study saying that low-income countries could introduce strategies and treatments to fight non-communicable diseases that would cost just $1.20 per year per person. Some of those strategies include anti-smoking campaigns, reduce salt content in food and public awareness programs about diet and physical activity.

Troy Davis hearing: Georgia's parole board will convene Monday morning to hear a last-minute appeal by Troy Davis, who is set to die by lethal injection for the murder 21 years ago of a Savannah police officer.

A jury convicted Davis of murder in 1991, paving the way for his execution, which has been delayed three times and is now scheduled for 7 p.m. Wednesday at a state prison in Jackson, Georgia.

The Georgia Board of Pardons and Paroles noted in a press release Sunday it is "the sole authority in Georgia for granting clemency to inmates." Options for the board include commuting a death sentence without parole, giving a convict a life sentence or denying clemency - which, in this case, would pave the way for Davis' execution.

Its closed meeting will start at 9 a.m. Monday in a state office building in Atlanta.

Home-invasion killings: Joshua Komisarjevsky goes on trial in Connecticut on Monday in the 2007 home-invasion killings of Jennifer Hawke-Petit and her daughters - 17-year-old Hayley Petit and 11-year-old Michaela Petit. Dr. William Petit, Hawke-Petit's husband and the girls' father, was beaten and tied up at the beginning of the attack before he managed to escape.

In December, Steven Hayes was sentenced to death after being convicted on 16 of 17 charges related to the killings.

Hayes forced Hawke-Petit to go to a bank and withdraw $15,000 from an account after finding evidence the account held between $20,000 and $30,000, authorities said.

Prosecutors allege that Hayes and Komisarjevsky went into the home, beat and tied up Petit, raped and strangled his wife, molested one of their daughters, then set their house on fire before attempting to flee.

A man identifying himself as leader of the West Virginia Oath Keepers said he recorded Oath Keepers in a November 2ŌĆtwitter.com/i/web/status/1ŌĆ”Td
sarasidnerCNN

4:01 pm ET October 6, 2022 RETWEET
The testimony today in the #SeditiousConspiracyTrial is a lot: 3 men who said they were Oath Keepers in 2020 1 saiŌĆtwitter.com/i/web/status/1ŌĆ”HD
sarasidnerCNN

A man identifying himself as leader of the West Virginia Oath Keepers said he recorded Oath Keepers in a November 2ŌĆtwitter.com/i/web/status/1ŌĆ”Td
sarasidnerCNN

4:01 pm ET October 6, 2022 RETWEET
The testimony today in the #SeditiousConspiracyTrial is a lot: 3 men who said they were Oath Keepers in 2020 1 saiŌĆtwitter.com/i/web/status/1ŌĆ”HD
sarasidnerCNN

A top Proud Boys lieutenant becomes the first member of the extremist far-right group to plead guilty to seditiousŌĆtwitter.com/i/web/status/1ŌĆ”hi
cnnbrk