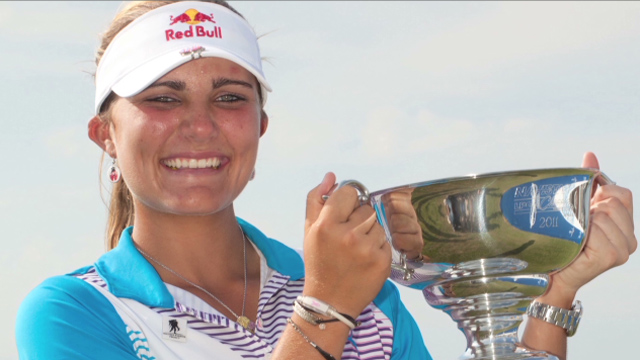 Watching 16-year-old Alexis Thompson win her first LPGA tournament got us thinking about other youngsters making a splash in the adult world. There are a surprising amount of successful kids out there, but we think we've found a few of the best and brightest. So without further adieu, be prepared to regret all those childhood days wasted instead of honing your talents.

10-year-old kid hosts workout DVD – 10-year-old C.J. Center, aka "The Workout Kid," thinks America's youth should spend more time exercising and he aims to change that with his own workout video. He brought his gym clothes to CNN to show T.J. Holmes some of his moves. See if you can spot our anchor getting a little winded.
[cnn-videoÂ url="http://cnn.com/video/?/video/health/2011/09/18/nr-holmes-workout-kid.cnn"%5D

12-year-old opera singer – There are plenty of kids who sing in local choirs, but they can't match wind pipes with Michael Kepler Meo, who is carving out a career as a professional opera singer.
[cnn-videoÂ url="http://www.cnn.com/video/?/video/living/2011/03/29/wian.opera.prodigy.cnn"%5D

18-month-old signs pro soccer contract – It's all about landing the next big star, but perhaps a Dutch soccer team has taken that a bit too far. Little BaerkeÂ van der MeijÂ of Holland is only 18 months old, but he's turned his kicking ability into YouTube fame and a contract with VVV-Venlo.Â  Yes, it was mostly a publicity stunt, but the little guy may be worth the hype.
[cnn-videoÂ url="http://cnn.com/video/?/video/bestoftv/2011/04/28/exp.mxp.18moold.soccer.contract.hln"%5D

"Currently, there are simply too many unknowns to guarantee protection from SARS-CoV-2 at the 2021 Summer Games, shâ€twitter.com/i/web/status/1â€¦WC
cnni