President Biden nominates Jessica Rosenworcel to lead the FCC, which would make her the first woman to serve in theātwitter.com/i/web/status/1ā¦vO

Queen Elizabeth II won't attend a reception at next week's COP26 summit, days after an overnight stay in the hospitātwitter.com/i/web/status/1ā¦1Y

One of the January 6 rioters charged in the assault of DC Police Officer Michael Fanone will be released from jailātwitter.com/i/web/status/1ā¦cA

A US judge has set a July 14 deadline for Prince Andrew to answer questions under oath in the civil sex assault casātwitter.com/i/web/status/1ā¦6I 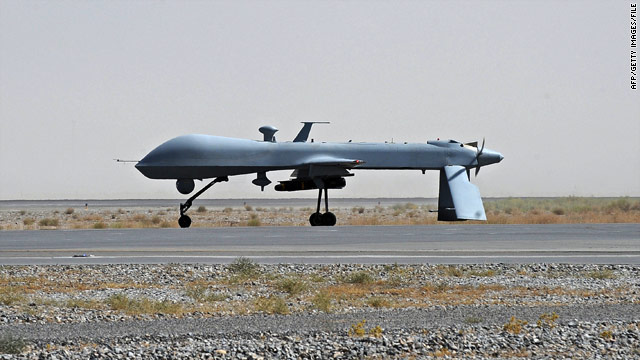 The United States is assembling a network of secret drone bases in Africa and around the Indian Ocean to fight terror groups in the region, the Washington Post reports.

The bases are in Ethiopia, the Seychelles islands, Djibouti on the Horn of Africa and in an unnamed location on the Arabian Peninsula, the Post reported, citing unnamed U.S. officials.

The base network is being set up to fight al Qaeda-affiliated terror groups in Somalia and Yemen, according to the report, and the locations āare based on potential target sets,ā the Post quotes a senior U.S. military official as saying.

āIf you look at it geographically, it makes sense ā you get out a ruler and draw the distances (drones) can fly and where they take off from,ā the official told the Post.

The report says the U.S. has used drones in attacks in six countries: Afghanistan, Iraq, Libya, Pakistan, Somalia and Yemen.

A small group of ultra-wealthy individuals could help solve world hunger with just a fraction of their net worth, sātwitter.com/i/web/status/1ā¦XU
cnni

12:01 am ET October 27, 2021 RETWEET
The "Greenhouse," a zero-waste home inspired by nature, could provide a blueprint for sustainable housing of the fuātwitter.com/i/web/status/1ā¦xk
cnni