Suspect who authorities say attempted to breach the FBI's field office in Cincinnati and was involved in a standoffātwitter.com/i/web/status/1ā¦68

Anne Heche is now being investigated for felony DUI after crashing her car into a Los Angeles area home, which thenātwitter.com/i/web/status/1ā¦OB

A stretch of Interstate 71 in Ohio has been closed after a person attempted to gain entry into the FBIās Cincinnatitwitter.com/i/web/status/1ā¦b0rM 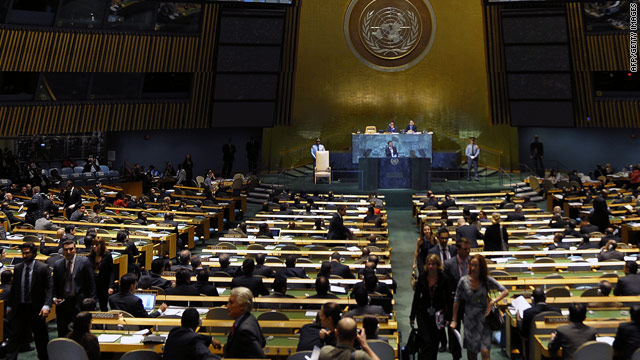 "We find what Ahmadinejad does and says when he comes to the United Nations absolutely odious, hateful, anti-Semitic, unacceptable, which is why the United States for three consecutive years - including today -Ā have led a walkout of his speech," Rice told CNN's Wolf Blitzer on Thursday. "Inevitably he says something outrageous, dishonest and offensive, and that leads to a walkout."

He said most Americans and "most nations around the world" believe that "some segments within the U.S. government orchestrated the attack," adding thatĀ these people believe the attacks were aimed at reversing "the declining American economy and its scripts on the Middle East in order to save the Zionist regime."

He ripped capitalism, saying it brought about the conditions leading to the world's economic crisis. He alsoĀ called for a "return to monotheism and justice," calling it "the greatest hope and opportunity in all ages and generations."

HeĀ blasted Israel, accusing it of "crimes ...Ā against defenseless women and children and destruction of their homes, farms, hospitals and schools."

The next day, Israeli Prime Minister Benjamin Netanyahu criticized the Iranian leader at the General Assembly.Ā The delegations that stayed for Ahmadinejad's address gave "legitimacy to a man who denies the murder of 6 million Jews," Netanyahu said, referring to the Holocaust. 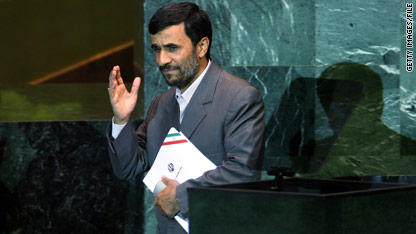 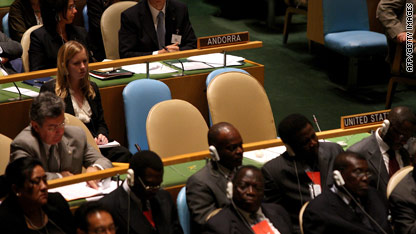 In a 2007 speech that blasted "selfish and incompetent" governments that have "obedience to Satan," Ahmadinejad said the U.N.Ā Security Council "ranks first" among ineffective international bodies because it is influenced by "monopolistic powers."

AhmadinejadĀ invited "all independent, justice-seeking and peace-loving nations" to join Iran in a "coalition for peace." He alsoĀ criticized unnamed "powers" that he said were responsible for insecurity, division and moral decline across the world. 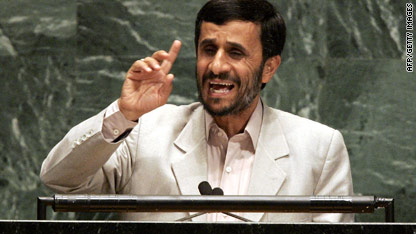 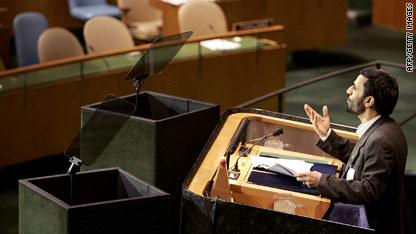 Ahmadinejad in 2005 told the General Assembly that Iran hadĀ a right to operate a nuclear energy program. HeĀ said it was unfair that some nations were allowed to make nuclear fuel while others are condemned for it.

12:30 am ET August 12, 2022 RETWEET
Mind š¤Æafter the revelations of the day. We ask Clapper what he thinks about the possibility Trump had unsecured Nutwitter.com/i/web/status/1ā¦jznyD
sarasidnerCNN

11:43 pm ET August 11, 2022 RETWEET
Amanda Seyfried has described coming under pressure to appear in nude scenes when she was just 19 years old and staātwitter.com/i/web/status/1ā¦2a
cnni

11:30 pm ET August 11, 2022 RETWEET
Steve Martin is experiencing a new wave of popularity thanks to his Hulu series āOnly Murders in the Building.ā Btwitter.com/i/web/status/1ā¦hWdxGQ
cnni

10:30 pm ET August 11, 2022 RETWEET
An attorney for Britney Spears is speaking out against a series of videos posted āby the singerās ex-husband, Kevtwitter.com/i/web/status/1ā¦gnhOIr
cnni

12:30 am ET August 12, 2022 RETWEET
Mind š¤Æafter the revelations of the day. We ask Clapper what he thinks about the possibility Trump had unsecured Nutwitter.com/i/web/status/1ā¦jznyD
sarasidnerCNN

11:43 pm ET August 11, 2022 RETWEET
Amanda Seyfried has described coming under pressure to appear in nude scenes when she was just 19 years old and staātwitter.com/i/web/status/1ā¦2a
cnni

11:24 pm ET August 11, 2022 RETWEET
Steve Martin is experiencing a new wave of popularity thanks to his Hulu series āOnly Murders in the Building.ā Btwitter.com/i/web/status/1ā¦hWdxGQ
cnni

Suspect who authorities say attempted to breach the FBI's field office in Cincinnati and was involved in a standoffātwitter.com/i/web/status/1ā¦68
cnnbrk

6:43 pm ET August 11, 2022 RETWEET
Anne Heche is now being investigated for felony DUI after crashing her car into a Los Angeles area home, which thenātwitter.com/i/web/status/1ā¦OB
cnnbrk