Capitol rioter charged with threatening to 'assassinate' Democratic Rep. Alexandria Ocasio-Cortez and a US Capitolātwitter.com/i/web/status/1ā¦PR 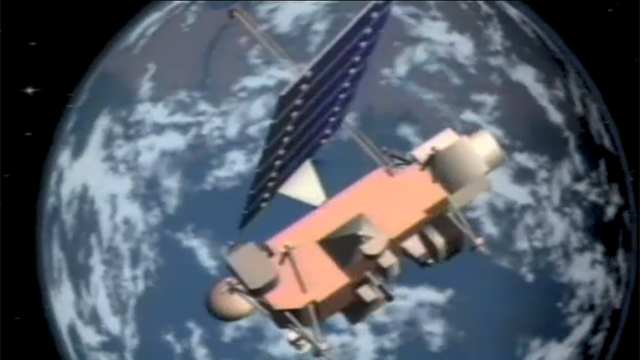 Gotta Watch: The sky is falling

NASA has announced that it expects a defunct satellite to tumble to Earth today, but scientists can't say exactly when or where. That's got some people worried. This isn't the first time that space junk has fallen from the sky, though. Gotta Watch brings you some of our favorites.

The clock is tickingĀ – NASA says that a satellite will re-enter the atmosphere sometime today. More than two dozen pieces will remain intact and fall to the ground. CNN's John Zarrella looks at where it might hit.

Free-falling – In September 2004, the Genesis space capsule, which was studying the sun, returned to Earth. The only problem - the parachute didn't open. The crash caused the samples that had been collected to be contaminated. Watch the spectacular plunge.

Like a lead balloon – Balloons can cause major damage when they're the size of a football field. This NASA balloon crashed during takeoff in April 2010, smashing into a car and sending one man running for his life.

CNNā@camanpourur remembers the legendary Larry King: āHe was the ultimate master of the interviewtwitter.com/i/web/status/1ā¦uEs6SqR7
cnni

6:06 am ET January 24, 2021 RETWEET
As horrible as the pandemic has been for small business owners, for some it has also shown in spades the compassionātwitter.com/i/web/status/1ā¦hH
cnni

4:00 am ET January 24, 2021 RETWEET
To save their planet, we have to kill their jobs. CNN contributor John Sutter asks: In the fight against the climatātwitter.com/i/web/status/1ā¦u6
cnni

3:00 am ET January 24, 2021 RETWEET
France has passed a law protecting the "sensory heritage" of its rural areas, in the face of complaints about the nātwitter.com/i/web/status/1ā¦JQ
cnni

2:01 am ET January 24, 2021 RETWEET
We are all better after a decent night's sleep ā and insects are no differentcnn.it/2NyqDP5m7
cnni