Oklahoma lawmakers have passed a bill banning abortion from the moment of "fertilization." The measure now goes to‚Ätwitter.com/i/web/status/1‚Ä¶ZG

The January 6 committee is investigating the tour a Georgia Republican lawmaker gave to visitors the day before rio‚Ätwitter.com/i/web/status/1‚Ä¶FR

Marnie Schulenburg, a soap opera actress who documented her journey from becoming a new mother to a cancer patient,‚Ätwitter.com/i/web/status/1‚Ä¶85

The accused gunman in the mass shooting at a Buffalo supermarket was indicted by a grand jury on Wednesday, accordi‚Ätwitter.com/i/web/status/1‚Ä¶6O

President Biden will invoke the Defense Production Act, among other actions, in an effort to ease the national baby‚Ätwitter.com/i/web/status/1‚Ä¶H6

Dow tumbles over 1,000 points and the S&P 500 is hovering on the precipice of bear market territory as US markets c‚Ätwitter.com/i/web/status/1‚Ä¶8R

Secretary of State Antony Blinken says the US has reopened its embassy in Kyiv after it closed three months ago ahe‚Ätwitter.com/i/web/status/1‚Ä¶TM 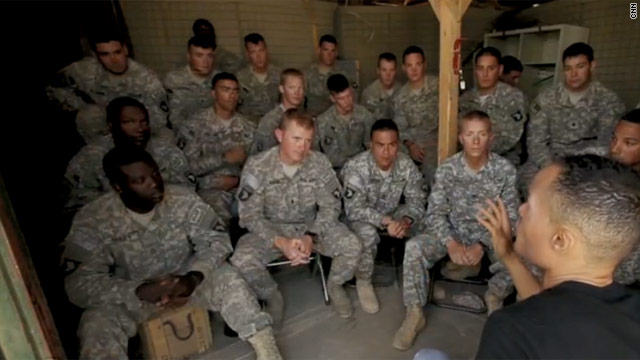 This weekend's half -hour special is the final installment of¬Ýour work.

Nearly the entire Contiguous US is expected to have above-normal temperatures this summer. The combination of hott‚Ätwitter.com/i/web/status/1‚Ä¶Cd
CNNweather

8:00 pm ET May 19, 2022 RETWEET
‚ÄúWhen the 15 accepted the invite to that server, they were able to scroll back through months of Gendron‚Äôs volumitwitter.com/i/web/status/1‚Ä¶Vw37gm
susancandiotti

6:46 pm ET May 19, 2022 RETWEET
Extreme temperatures and ongoing drought could cause the power grid to buckle across vast areas of the country this‚Ätwitter.com/i/web/status/1‚Ä¶cJ
CNNweather

Nearly the entire Contiguous US is expected to have above-normal temperatures this summer. The combination of hott‚Ätwitter.com/i/web/status/1‚Ä¶Cd
CNNweather

8:00 pm ET May 19, 2022 RETWEET
‚ÄúWhen the 15 accepted the invite to that server, they were able to scroll back through months of Gendron‚Äôs volumitwitter.com/i/web/status/1‚Ä¶Vw37gm
susancandiotti

6:46 pm ET May 19, 2022 RETWEET
Extreme temperatures and ongoing drought could cause the power grid to buckle across vast areas of the country this‚Ätwitter.com/i/web/status/1‚Ä¶cJ
CNNweather