The Biden administration is expected to announce that no US government officials will attend the 2022 Beijing Olymp‚Ätwitter.com/i/web/status/1‚Ä¶ym

Negro League baseball players Buck O'Neil and Bud Fowler have been elected to the National Baseball Hall of Fame cnn.com/2021/12/05/us/‚Ä¶

Alabama will play Cincinnati and Michigan will face Georgia in the College Football Playoff with the winners meetin‚Ätwitter.com/i/web/status/1‚Ä¶Sy 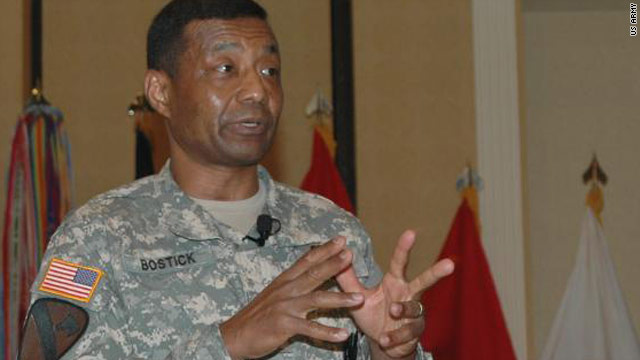 The U.S. Army in March will embark on a plan to cut 50,000 troops, or 8.6% of its soldiers, over five years, the service's personnel chief tells Army Times.

Lt. Gen. Thomas P. Bostick said the cuts will bring the Army's total force to 520,400 active-duty soldiers by October 2016, according to the Army Times report.

‚ÄúWe feel that with the demand going down in Iraq and Afghanistan, and given the time to conduct a reasonable drawdown, we can manage (the force reduction) just as we have managed drawdowns in the past,‚Äù Army Times quotes Bostick as saying.

The troop cuts will come in two phases, Bostick told the newspaper, with the first covering the 22,000 troops added to the service three years ago to support the troop surge in Afghanistan. A second phase will cover 27,000 slots added in the Grow the Army program, begun in 2007, he said.

The Army hopes to achieve the cuts through retirements, buyouts and voluntary and involuntary separations, Bostick told Army Times.

11:30 pm ET December 5, 2021 RETWEET
"So glad to be back home." Woody, a creepy yet charming talking Christmas tree with a face, has returned to a Nova‚Ätwitter.com/i/web/status/1‚Ä¶wL
cnni