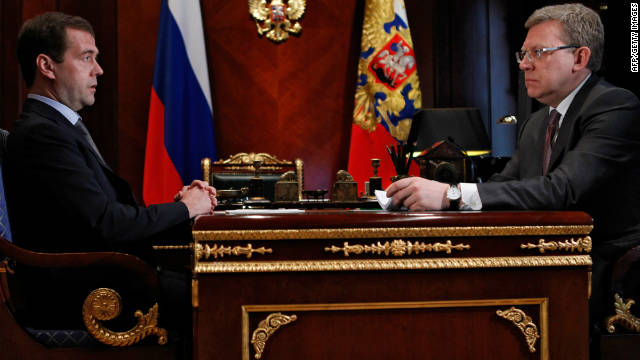 The state-run RIA-Novosti news agency said Kudrin had resigned amid a dispute with Medvedev.

The president had given Kudrin until the end of the day to decide whether to resign, the state-run Interfax News Agency reported earlier in the day.

"You need to make a decision quickly and tell me about it today," Medvedev told Kudrin during a session of the modernization commission in Dimitrovgrad. Medvedev urged that Kudrin "make up his mind about his political future."

The president was reacting to a comment Kudrin is reported to have made in Washington. Citing differences with Medvedev, particularly related to defense spending, Kudrin said that he would not remain in a government led by Medvedev, Interfax said.