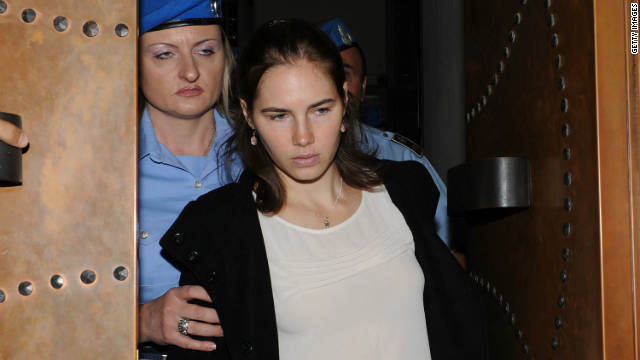 Amanda Knox attends her appeal hearing on Monday in the city of Perugia, Italy.
September 27th, 2011
09:40 AM ET

Amanda Knox is not the "femme fatale" the media has painted her as, a lawyer for her co-defendant argued Tuesday, urging a jury to acquit Knox and Rafaelle Sollecito of murdering Meredith Kercher.

Buongiorno, who represents Sollecito - Knox's former boyfriend - said the whole trial was based on DNA evidence "on which mistakes were made," and urged the jury to "abandon imagined fantasies" and acquit the pair.

As she began her closing arguments Tuesday, Buongiorno said there was no physical trace of Knox or Sollecito in the room where Kercher was found murdered.

11:01 am ET October 18, 2021 RETWEET
About 400 Australian koalas will be vaccinated against chlamydia as part of a trial that researchers say they hopeâ€twitter.com/i/web/status/1â€¦dA
cnni

10:43 am ET October 18, 2021 RETWEET
Companies and people who want to cancel out the impact of their emissions on the climate often turn to something caâ€twitter.com/i/web/status/1â€¦td
CNNweather