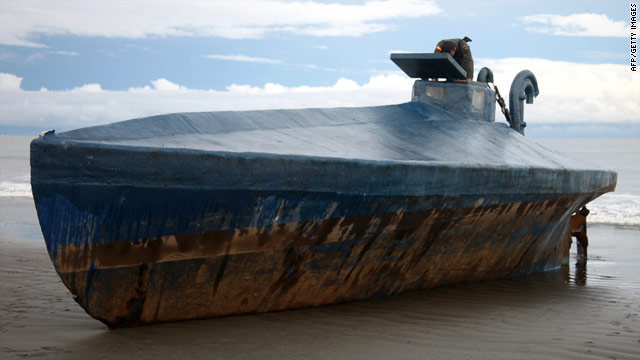 Authorities in Colombia have confiscated two narco subs, submersibles designed to smuggle cocaine, since Friday, according to news reports.

A vessel found on the country's Pacific coast on Friday could carry up to 10 tons of cocaine and was outfitted with a GPS navigation system, according to a report from Insightcrime.org.

On Monday, authorities said they found a smaller but more sophisticated submarine hidden in a wooden shack in dense coastal jungle north of where the first sub was found Friday, according to a report from the BBC.

The second sub, named The Black Pearl, was made of steel and fiberglass and could carry four tons of cocaine, the BBC report said. It could stay submerged for 10 days with a crew of five and had radar, navigation and communication systems that made it worth $2 million, the report said.

Both vessels were built under the orders of the Revolutionary Armed Forces of Colombia (FARC) rebel group, which finances its operations with cocaine sales, according to the reports.

In February, Colombian authorities captures a 100-foot-long narco sub capable of traveling to Mexico at depths of up to 30 feet.

Former Minneapolis Police Officer Derek Chauvin has been found guilty of murder and manslaughter in the death of Geâ€twitter.com/i/web/status/1â€¦f2
cnni