China announces an official change in Covid policy on a national level, the clearest sign yet the country is movingŌĆtwitter.com/i/web/status/1ŌĆ”5e

RT @CNN: Sen. Raphael Warnock thanked his mother at his victory speech: "She grew up in the 1950s in Waycross, Georgia, picking somebody elŌĆ”

Polls are closing across Georgia in the Senate runoff election between Democratic Sen. Raphael Warnock and RepublicŌĆtwitter.com/i/web/status/1ŌĆ”Ai 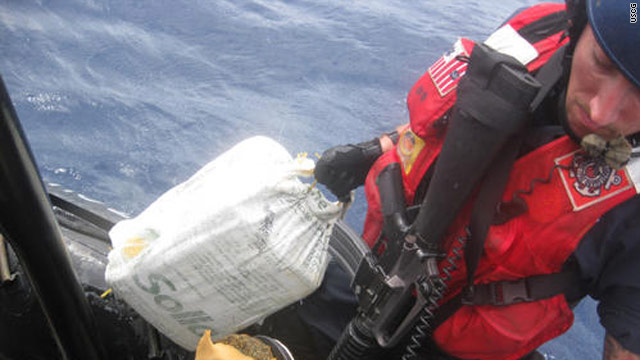 "It seems maybe the drug trafficking organizations are changing their tactics a little bit and trying to move massive amounts of narcotics not just through the eastern Pacific, but also through the Caribbean using these (self-propelled semi-submersibles),ŌĆØ said the Mohawk's commanding officer, Coast Guard Cmdr. Mark J. Fedor.

The Mohawk was patrolling the Caribbean on September 17 when a Coast Guard airplane spotted a suspicious vessel in the water. After the Mohawk intercepted the vessel, its crew detained the sub's crew.

Before they were detained, the sub's crew members scuttled their vessel, sinking it in deep water. The Mohawk's crew was unable to recover the cargo except for two bales of cocaine that floated, the Coast Guard said.

A typical narco sub is built in a┬Ājungle or other remote area of South America, is less than 100 feet in length, has up to five crew members and carries illicit cargo for up to 5,000 miles, according to the Coast Guard.

It is believed that smugglers use the subs to deliver illegal drugs to Mexico, and that the drugs are then transported by land to the United States, Fedor said.

Narco-sub smugglers may be increasingly tempted to use the Caribbean as a shortcut to Mexico.

"In (the) eastern Pacific, those vessels have to travel a long, long way to get up to Mexico or anywhere close to Mexico,ŌĆØ Fedor said.

The main targets of counternarcotics patrols in the western Caribbean Sea - conducted by aircraft and vessels from the Coast Guard, U.S. Navy, U.S. Customs and Border Protection and partner nations - have been "go-fast boats," which are nondescript vessels with unusually powerful engines. With September's interception of a narco sub, that focus will change.

ŌĆ£Not only are (narco subs) more stealthy and harder to detect, but they can carry up to 6 tons of cocaine, so youŌĆÖre talking a significant amount more of drugs on these than you will get on a traditional go-fast vessel,ŌĆØ Fedor said.

The sub that was intercepted in July also was scuttled by its crew, but the vessel was in shallow water, so FBI divers were able to access the cargo. About 15,000 pounds of cocaine, worth about $180 million, were found in the cargo hold, the Coast Guard said.

Mills Lane, the third man in the ring for more than 100 championship boxing matches, has died, according to officiaŌĆtwitter.com/i/web/status/1ŌĆ”8J
cnni

1:53 am ET December 7, 2022 RETWEET
China announces an official change in Covid policy on a national level, the clearest sign yet the country is movingŌĆtwitter.com/i/web/status/1ŌĆ”UM
cnni

China announces an official change in Covid policy on a national level, the clearest sign yet the country is movingŌĆtwitter.com/i/web/status/1ŌĆ”5e
cnnbrk

1:46 am ET December 7, 2022 RETWEET
RT @CNN: Sen. Raphael Warnock thanked his mother at his victory speech: "She grew up in the 1950s in Waycross, Georgia, picking somebody elŌĆ”
cnnbrk