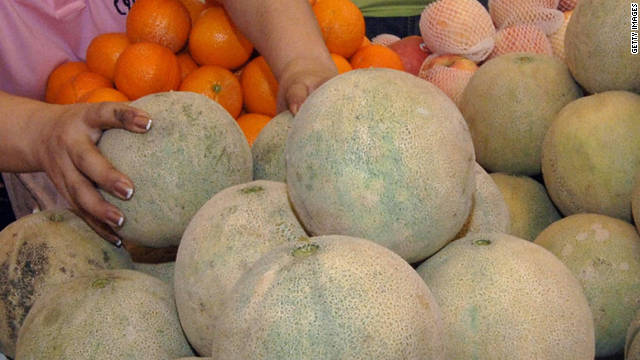 Two more people have been killed by consuming cantaloupe contaminated by Listeria monocytogenes bacteria, raising the outbreak's death toll to 15, the Centers for Disease Control and Prevention said Friday.

The two additions to the death toll include one person in New Mexico and one in Colorado, according to the CDC. The totals are now five in New Mexico, three in Colorado,  one in Kansas, one in Maryland, one in Missouri, one in Nebraska, one in Oklahoma, and two in Texas.

Eighty-four illnesses in 19 states have been reported, the CDC said.

The outbreak was first reported September 12. It was traced to consumption of Rocky Ford cantaloupes grown at Jensen Farms' fields in Granada, Colorado. The farm has recalled Rocky Ford whole cantaloupes that were shipped between July 29 and September 10.

What you need to know about Listeria monocytogenes

The CDC says that the Jensen Farms cantaloupes are the only cantaloupes linked to the outbreak.

Separately, a  California lettuce grower has recalled 2,498 cartons of chopped or shredded romaine lettuce shipped to wholesale food service distributors after a random sample detected Listeria monocytogenes in one bag. No illnesses have been linked to the lettuce, the U.S. Food and Drug Administration said.

This is the deadliest outbreak of a food-borne illness since 1998, when 21 people died from consuming tainted hot dogs, according to CDC records.