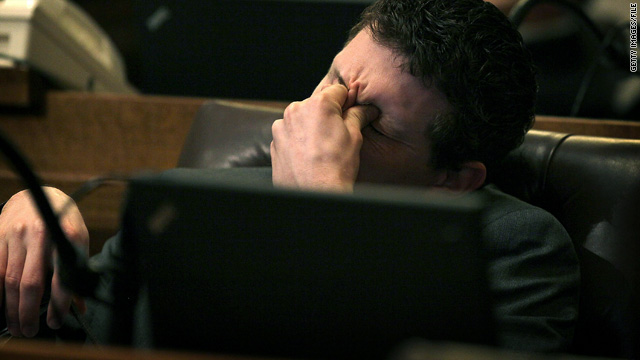 klur said, "I think that the debt ceiling debacle is a prime example of our government not working. Yes, controversy serves a purpose in a democratic government, but when there is complete obstruction of every piece of legislation proposed, the government is NOT WORKING."

1jstaffo said, "It's one thing to disagree yet compromise (many presidents and Congresses have done so); it's another to do nothing, which is what we currently have: nothing getting accomplished."

boogle said "At the end of the day, it is the duty of both parties to come up with a compromise that *most* but not necessarily all people can live with. Yes, debate is necessary but it is not the goal. There are too many conservative and liberal organizations influencing government when it's supposed to be 'for the people.'"

jboHDrider said, "Toobin is out there flapping. The reason that the govenment is broken is because the parties are pandering to special interests and not legislating to the will of the people."

maggiemom asked, "If this is just healthy debate, why are the GOP voting against ideas that are IN its own ideological framework, like tax cuts for businesses, simply because they are coming from the administration?"

reconman0321 said "Democracy is the worst form of government until you compare it to all the others...."

Most CNN.com readers were dismayed to learn that Bank of America would soon be charging customers $5 per month for debit-card purchases. Those with premium accounts, and those who don't use the card or use it only at ATMs, will not be charged. Many said they would move their accounts to credit unions, local banks, or their mattresses.

CMHTed said, "Hopefully BOA customers speak with their money and leave for community banks. As for me, I turned back to cash last year and I'm loving it."

DaveHolmes said, "This is crazy. Should everyone start writing checks again? How many employees did banks let go by going automated? Bank cards and automation have saved banks billions of dollars! Yet the greedy banking industry wants more. It's not enough that they destroyed the American economy by writing bad loans. Banks should be paying us to use their services! Hopefully my credit union won't pull this.

clsanchez77 said, "My family banks with a local community bank. At our bank, the bank's customers are the stockholders. We do not report to Wall Street; the bank reports to us. The result: I have no fees. My checking accounts–all three of them–are free. My only requirement is direct deposit. We have an ATM on the main account, no fees. I can walk in and see a teller, no fees. I can write checks, no fees.

Monty Liss said, "This is even more sinister: B of A manages unemployment checks for EED. This means they are actually bilking unemployed Americans out of $5 every month!"

Some readers had their own names for BoA: ethandy said, "BoA constrictor."
jrh512 suggested, "Bank Opposed to Americans."

1:52 am ET May 12, 2021 RETWEET
One of the Earth's longest-flying spacecraft has detected a "persistent hum" beyond our solar system, according toâ€twitter.com/i/web/status/1â€¦Dx
cnni

1:31 am ET May 12, 2021 RETWEET
"The deals are symbolic of how China and Russia's international vaccine goals are increasingly aligned, as they assâ€twitter.com/i/web/status/1â€¦cE
cnni

1:01 am ET May 12, 2021 RETWEET
This manicure embeds a microchip into your fingernails -- and can be used as a contactless solution to business carâ€twitter.com/i/web/status/1â€¦bF
cnni