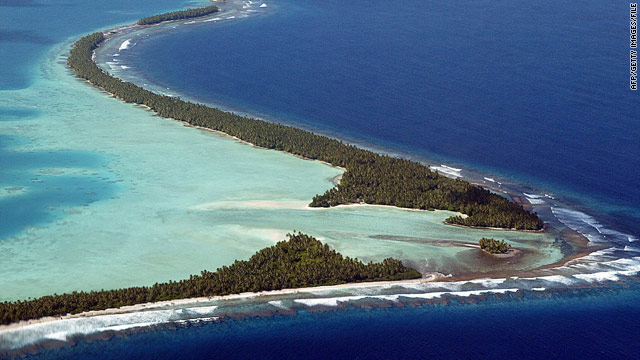 The small Pacific island nation of Tuvalu has declared a state of emergency because of a shortage of rain and saysÂ it may run out of water by Tuesday.

Tataua Pefe, the secretary-general of Tuvaluâ€™s Red Cross, said that because of the lack of rainfall, residents would likely "be finishing up their rationed water," according to an interview with Radio Australia.

New Zealand's Foreign Minister Murray McCully said his country was rushing to help as bestÂ it could, sending in defense force personnel to help with the crisis as well as delivering Red Cross supplies.

â€śTuvalu has declared a state of emergency relating to water shortages in the capital, Funafuti, and a number of outer islands,â€ť McCully said in a statement on the New Zealand Foreign Ministry site. â€śTwo Ministry of Foreign Affairs staff on board, including our Wellington-based High Commissioner, will remain in Tuvalu to help assess needs on the ground."

Pefe said the situation has become dire after six or seven months withoutÂ adequate or sustained rainfall.Â  He said that forecasts suggest that Tuvalu and other Pacific islands will not receive "decent" amounts of rain until perhaps December.

Pefe said that residents should not drink well water because it may not be safe. Some animalsÂ that have been drinking well water suddenly died, he said.

Pefe said he and others were working to try to find long-term solutions to sustain the group of islands during the coming months.Â He said they will be relying on the help of other nations.

McCully said New Zealand will continue to work "with partners and other donors to consider the best medium-to-long-term response options.â€ť