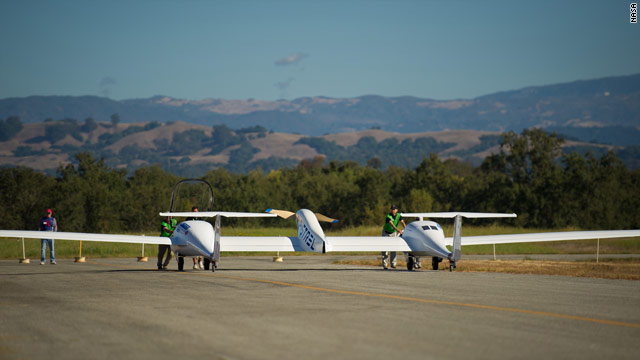 A Pennsylvania company has won a $1.35 million prize from NASA for developing a highly efficient airplane power by electricity.

The plane developed by Pipistrel doubled the fuel efficiency requirement for the competition - flying 200 miles in less than two hours while using less than a gallon of fuel per occupant or the equivalent in electricity. The winning plane used a little more than a half-gallon of fuel per passenger for the 200-mile flight.

"Two years ago the thought of flying 200 miles at 100 mph in an electric aircraft was pure science fiction," Jack W. Langelaan, team leader of Team Pipistrel-USA.com, said in statement. "Now, we are all looking forward to the future of electric aviation."

The winning aircraft, the Pipistrel Taurus G4, is a four-seat, twin-fuselage aircraft powered by a 145-kilowatt brushless electric motor driving a two-blade propeller mounted on a spar between the fuselages. The plane's wingspan is about 75 feet.

"I'm proud that Pipistrel won. They've been a leader in getting these things into production, and the team really deserves it, and worked hard to win this prize," Raymond said in a NASA statement.

"Electric aircraft have moved beyond science fiction and are now in the realm of practice," Joe Parrish, acting chief technologist at NASA headquarters in Washington, said in a statement.

The planes flew last week out of Charles M. Schulz-Sonoma County Airport in California. Only three of the 14 entrants made it into the air, according to The Santa Rosa Press-Democrat. The airport is home to the Comparative Aircraft Flight Efficiency Foundation, which organized the competition with NASA.