General Electric, one of the world's largest makers of coal-fired power plants, says it is shifting its power businŌĆtwitter.com/i/web/status/1ŌĆ”WV

Trump says his Supreme Court pick will likely be named on Friday or Saturday and that he's down to four or five peoŌĆtwitter.com/i/web/status/1ŌĆ”8E

Nikola founder Trevor Milton has stepped down as executive chairman after a short seller accused the hydrogen and eŌĆtwitter.com/i/web/status/1ŌĆ”QU 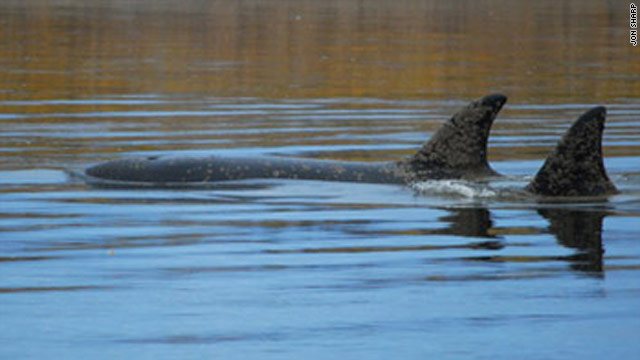 Killer whales in danger of being stuck in frozen Alaska river

Three wayward killer whales are loitering 30 miles up an Alaska river, and federal wildlife officials are concerned they may be iced in when the river freezes over, possibly at the end of the month.

For three weeks, the whales have been spotted in the Nushagak River near Ekwok, Alaska. Marine mammal scientists from the National Marine Fisheries Service say the whales are likely suffering stress from being in fresh water for such an extended period. The scientists say they're also concerned that if the whales don't head downstream soon, they'll be trapped in the river.

Water levels are dropping as colder temperatures reduce the flow from glaciers into the river. That could make it difficult for the whales to navigate certain sections of the river. And the Nushagak could freeze over by the end of October, according to the fisheries service, part of the National Oceanic and Atmospheric Administration.

NOAA biologist Barbara Mahoney said killer whales are sometimes seen where the Nushagak empties into Nushagak Bay near Dillingham, but none had ever been reported this far inland. In fact, this is the first time killer whales have spent a prolonged period of time in an Alaska river, according to NOAA.

Officials said the orcas are in an area when they are unlikely to encounter humans, but they are asking that people stay 100 yards away for their own safety and that of the animals.

The fisheries service, the Alaska Department of Fish and Game, and the local Bristol Bay Native Association are monitoring the situation to determine if and how the whales could be returned to salt water, federal officials said.

­¤ō® Sign up to get the facts on coronavirus delivered to your inbox dailcnn.it/32ONvisN1c Here's everythintwitter.com/i/web/status/1ŌĆ”Y4xtF
cnni

9:45 am ET September 21, 2020 RETWEET
General Electric, one of the world's largest makers of coal-fired power plants, says it is shifting its power businŌĆtwitter.com/i/web/status/1ŌĆ”uD
cnni

9:20 am ET September 21, 2020 RETWEET
JUST IN: US President Trump says his Supreme Court pick will likely be named on Friday or Saturday and that he's doŌĆtwitter.com/i/web/status/1ŌĆ”mb
cnni

8:59 am ET September 21, 2020 RETWEET
People around the world are paying their respects to Supreme Court Justice Ruth Bader GinsburgŌĆtwitter.com/i/web/status/1ŌĆ”Em
cnni