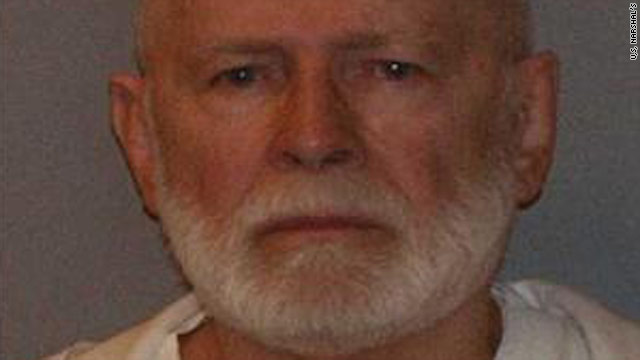 Whitey Bulger was arrested after a tip led officials to his California apartment.
October 11th, 2011
10:59 AM ET

The clues that led to James 'Whitey' Bulger's capture

Fugitive James "Whitey" Bulger and his girlfriend Catherine Greig had been on the run for more than 16 years. Bulger was on the FBI's Top 10 Most Wanted list in relation to 19 mob-related murders as head of a South Boston Irish gang before he fled an impending racketeering indictment in 1995.

So how exactly were officials able to take the big mobster down after so long?

In short, it's because of a stray cat, the watchful eye of a former Miss Iceland and a chance viewing of an FBI report on CNN, according to an extensive report by the Boston Globe.

Bulger and Greig were going by the names Charlie and Carol Gasko while on the run. They were a May-December couple living in the heart of sunny Southern California, just two blocks from the beach and an upscale outdoor mall, in a town known for its unapologetic liberalism.┬Ā They were largely quiet and polite neighbors. Nothing they did seemed to mirror the lore Bulger had created after disappearing or his mobster persona, which became the inspiration for the 2006 Martin Scorsese film "The Departed."

Instead, they were seen as gentle people who neighbors had sympathy for. According to the Globe, Bulger and Greig had convinced people that he had Alzheimer's disease. And although they stayed inside and to themselves often, they found a friend of sorts outside their apartment in Santa Monica.

That's where Greig came upon a stray cat. She had no idea at the time that their affinity for the cat would be a key clue that led to their arrest after being on the lam.

The Boston Globe began their story this way:

"At least a twice a day, Carol Gasko would crouch on the sidewalk in front of her Santa Monica apartment building to feed an abandoned, tiger-striped cat while her husband, Charlie, stood by protectively. They brought Tiger to the veterinarian when he was sick and kept his picture on their wall.

Their devotion caught the attention of Anna Bjornsdottir, a former actress and Miss Iceland 1974, who lived in the neighborhood for months at a time and sometimes stopped to chat while they fed the tabby.

Boston Globe reporter Shelley Murphy spoke to "The Early Show" about the months she spent researching how Bulger lived after his disappearance.

During her reporting she learned the cat which Bulger had become fond of had to stay outside on the streets - because Bulger's apartment didn't allow pets inside.

"He would be out there this morning while his girlfriend fed this cat," Murphy┬Āsaid.

It was that very ordinary bond - between a person and pet - just like the ordinary life and facade Bulger and Greig were trying to maintain that led to the capture of one of the most reputed mobsters.

A seemingly harmless chain of events - a rule about pets, feeding a cat and meeting┬Ā and talking to Anna Bjornsdottir about the cat - set off a chain of events that led to the major FBI arrest.

The meeting coincided with the timing of an FBI effort to ramp up its attempts to catch Bulger. They launched a publicity campaign, airing ads about Greig in 14 markets across the country where the couple was known to have ties, authorities said.┬Ā Media across the country picked up the story.

Meanwhile, Bjornsdottir was back home in Reykjavik, Iceland, watching CNN when she saw a pair of familiar faces, according to the Globe report.

It was the Gaskos, she had thought. Then Bjornsdottir learned their real names and what they were wanted for.

"With a phone call to the FBI, Bjornsdottir ended one of the longest and most expansive manhunts in FBI history and brought Bulger home to face charges that he had killed 19 people, some of whose bodies were unearthed while the gangster was posing as a retiree in Southern California," The Boston Globe reported.

At first, the FBI didn't give the name of the tipster who received the $2.1 million reward for his capture.

But after the Boston Globe's extensive reporting, the paper thought it was necessary to print the story of how Bulger's arrest ultimately came down, and editors insisted they made sure publishing Bjornsdottir's name wouldn't be a problem.

ŌĆ£We were confident Whitey Bulger and Cathy Greig knew exactly who the tipster was,ŌĆÖŌĆÖ Jennifer Peter, the GlobeŌĆÖs deputy managing editor for local news, said in a column explaining their decision. ŌĆ£We asked people directly involved in the investigation if she would be in danger if we named her. No one told us she would be in danger at all.ŌĆÖŌĆÖ

The Globe's report netted several new details about Bulger and Greig's time on the run, including how and when they chose to be secluded, the cover of a homeless man that Bulger sometimes used and how Bulger grew even more worried that officials were after him following Osama bin Laden's death since he topped him on the Most Wanted List.

Bulger and Greig are both now in Boston awaiting trial. They have both pleaded not guilty.