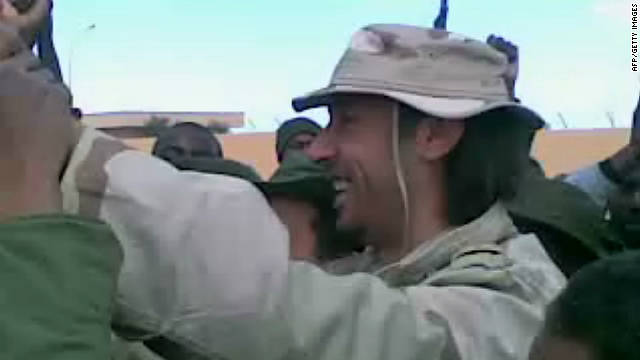 [Updated at 6:40 p.m. ET] Mutassim Gadhafi, a son of ousted Libyan leader Moammar Gadhafi, was reported captured Wednesday after a four-hour firefight in Sirte, said Abdallah Naker, the head of the Tripoli Revolutionary Council, who cited field commanders in Sirte as his sources.

But two senior National Transitional Council spokesmen said the report was unconfirmed and a third reportedly denied the claim.

Col. Ahmed Bani, the official spokesman for the Ministry of Defense, said the capture had not been confirmed. And NTC spokesman Shamsiddin Abdulmolah told CNN from Benghazi that the report had not been corroborated.

Mutassim Gadhafi and a number of aides were captured around noon in an area considered the center of operations for Gadhafi loyalists, Naker said. They were then taken to Benghazi, he said. The scion had been directing operations in Sirte, the hometown of his father, which had been surrounded since Tuesday night, Naker said.

Anti-Gadhafi forces have previously reported captures of Gadhafi relatives that proved to be untrue.