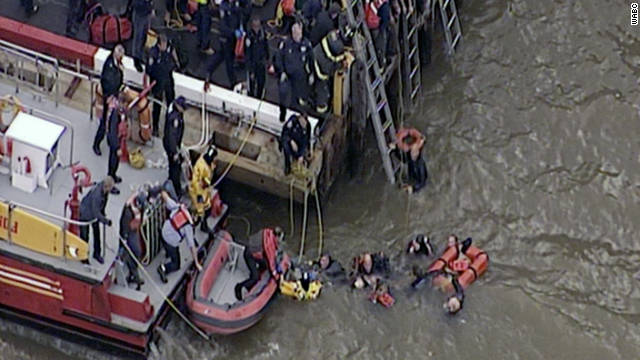 Rescuers pull people out of the East River after a helicopter crashed into the New York waterway on October 4.
October 12th, 2011
07:18 PM ET

A second passenger in a helicopter that crashed last week in New York City's East River has died, a hospital official said.

A 15-member team from the National Transportation Safety Board is investigating the crash, which left three other people injured.