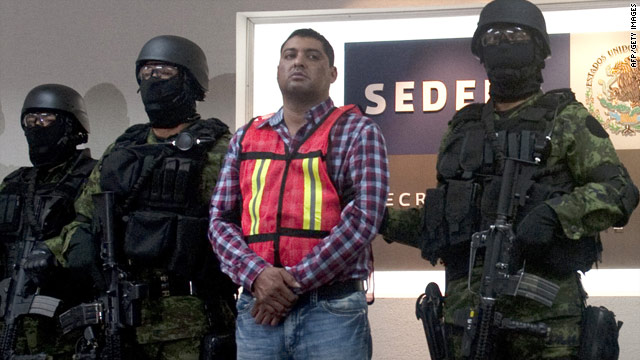 A top Zetas drug cartel leader - who allegedly ordered the attack and arson at a casino that killed 52 - has been captured, Mexican defense officials said Thursday.

Carlos Oliva Castillo, alias "La rana," or frog, was arrested Wednesday at a safehouse without a single shot being fired, the country's Ministry of Defense said.

Possibly the No. 3 man in the criminal organization, Oliva Castillo allegedly oversaw criminal operations for the cartel in three Mexican states. He was captured in Saltillo, Mexico.

Though he was arrested without incident, the cartel tried to distract troops by attacking security forces in different parts of the city, the defense ministry said.