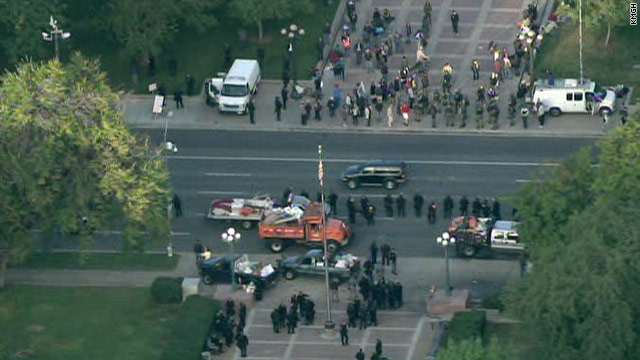 [Updated at 10:08 a.m. ET] At least 24 protesters were arrested - many on allegations of criminal misconduct -  in Denver, Colorado, on Friday morning as state troopers cleared people from a park where protesters had been encamped, CNN affiliate KMGH reported, citing Denver and state police.

Video from the scene, provided by KMGH, shows a few dozen protesters shouting toward a line of uniformed officers across the street from them.  Troopers were preventing protesters from returning to the park.