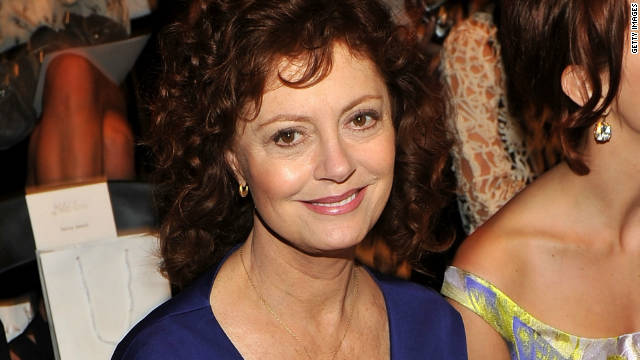 Susan Sarandon reportedly recently called Pope Benedict XVI a "Nazi" during an interview, and the Anti-Defamation League (ADL) is calling on the actress to apologize.

In a statement posted on the organization's website, the ADL refers to Sarandon's remark as a "disturbing, deeply offensive and uncalled for attack on the good name of Pope Benedict XVI."

As Newsday reported, the actress was speaking about her 1995 movie "Dead Man Walking" with actor Bob Balaban in an interview at the Hamptons Film Festival on Saturday. Sarandon, 65, mentioned that she sent the pope a copy of the anti-death penalty book the film was based on.

"The last one," she said, indicating Pope John Paul, "not this Nazi one we have now."

Balaban tried to gloss over the comment, but Sarandon said it again.

In response on Monday, the ADL's National Director, Abraham Foxman, said in the posted statement, "We hope that Susan Sarandon will have the good sense to apologize to the Catholic community and all those she may have offended...Ms. Sarandon may have her differences with the Catholic Church, but that is no excuse for throwing around Nazi analogies. Such words are hateful, vindictive and only serve to diminish the true history and meaning of the Holocaust."

6:00 am ET May 16, 2021 RETWEET
Tropical Cyclone Tauktae continues to strengthen as it moves parallel along the western coast of India. It will conâ€twitter.com/i/web/status/1â€¦49
CNNweather

5:34 am ET May 16, 2021 RETWEET
This weather reporter got caught in an on-air graphics error that "multiplied" her across the screenâ€twitter.com/i/web/status/1â€¦M4
cnni