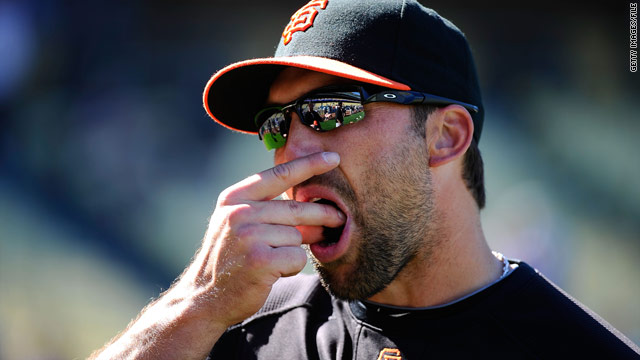 It's a scene that's caught often on TV, as a camera pans the field during batting practice or the dugout during the game: Some players chew gum, others spit out sunflower seed shells, and others spit out tobacco juice. With the first game of the World Series set for Wednesday night, the senators are trying to use that national platform to urge players to opt for the sunflower seeds rather than the tobacco.

“Major League Baseball and the players union should follow the senators’ leadership and get smokeless tobacco out of the game,” Myers said in a press release.  “The calls for tobacco-free baseball have come from hundreds of diverse voices that have grown louder over the course of the 2011 season. Now it is time for baseball to act to protect the health of current players and millions of kids who look up to them.”