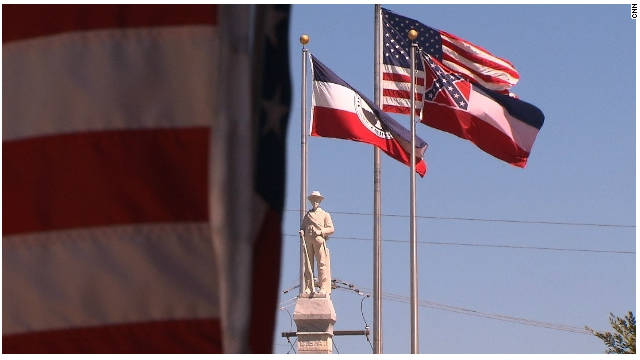 Overheard on CNN.com: Who teaches kids to hate?

Exchange of the morning:

"Where does a 19-year old learn such utter hatred, anyway?"–BronxBomber

"This kid learned this bigotry from his family. A kid is not born with hatred in him."–NNWW

"Looks like an easy lesson with cops and school administrators that Brandon has."–UScitizen99

Brandon police and school officials may say that the killing of James Anderson, a black man, was an isolated incident, but others have a different story. Deryl Dedmon and his friends were known for their racist speech and violence, say community members. Dedmon faces murder and hate crime charges in Anderson's death. Many CNN.com readers blamed the parents and the community, too.

jce3227 said, "The truth is, if the camera hadn't caught it all on tape, it would have been lucky if the teens had been charged with a misdemeanor, if anything at all. Make no mistake about it, the only reason (Dedmon) is charged with murder today is because law enforcement had no choice, after the camera caught it on tape."

Brational said, "It's interesting that the school and law enforcement authorities all say there's no problem, but the kids, the parents, the NAACP, the local store owner, and former friends of the accused murderer all say there is a problem, and that it was commonly known. I have news for the police officer who told Deryl's friend that Deryl was "a good kid". Good kids aren't on probation and they don't post racist statements on the internet. I hope that the community of Brandon will have some open discussions about race."

EdJunior said, "They still have segregated prom in Mississippi. What did you expect?They are raising little Nazis over there."

Liutgard said, "There is a sense of victimhood and entitlement denied that fuels this sort of hate. If I'm not doing well in my life and don't have the things and the opportunities I want, it must be someone else's fault, right?"

chieftech714 said, "In the end, it's fear. Fear is weakness. This young boy had little or nothing going for him except the color of skin, as if that's a bonus. He doesn't appear to be exceptional in any way except his extraordinary level of hate. Where does that come from? A culture of fear and weakness. It's high time that we live up to the "home of the brave" part of the national anthem. All of this kind of crime should be punished severely and discussed publicly. No matter what group is the aggressor or the target."

egosum said, "Racism is taught to the young people, they have to learn it from someone regardless of color. Go back to the parents and relatives of the murderer and there you will find the source. Of course if you hold off until Sunday you will find them all down at the church."

LostinSLC said, "Don't be so sure of that. As a parent myself I can tell you that most of us teach our kids better, but they tend to be influenced by other avenues. Granted this kid needs to face the death penalty, but don't be quick to assume his parents were the cause. Seems to me he was old enough to choose his own path."

ChuckFromAL said, "Dedmon appears to be a sociopath. This entire article supports that."

Epidi said, "Not all southerners share these racist views. This disease knows no boundaries and is not confined to hatred towards blacks. I've seen it from and towards every color of the human rainbow. If you have a cure for this plague, please share it with the rest of the world: We need a vaccine."

urangry said, "There are some folks out there that thinks civil rights legislation has run it's course. I tend to disagree when I hear of stories like this one."

libration said, "Glad to be Canadian."

For the first time in history, an Airbus A340 plane has landed on Antarctica. cnn.it/3xwNlKb https://t.co/LTmUXnAIXG
cnni

12:21 pm ET November 28, 2021 RETWEET
A British man has become the first patient in the world to be fitted with a 3D printed eye, according to Moorfieldsâ€twitter.com/i/web/status/1â€¦u9
cnni