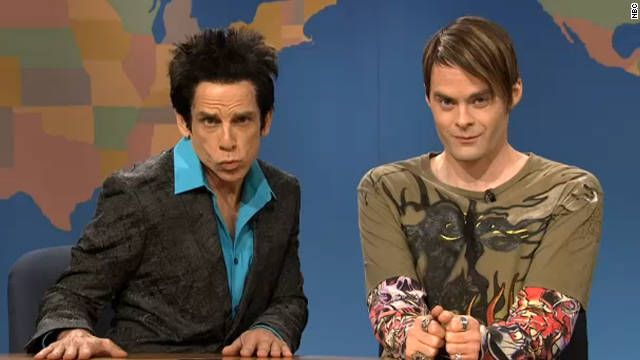 Overheard on CNN.com: There’s no P.C. in Halloween

This year, students from Ohio University decided to take a stand against dressing up as racial stereotypes for Halloween, or at least open a discussion about the unsavory costumes.

Mission accomplished. The story about their campaign certainly sparked a response from CNN.com readers, nearly all of whom said the students were taking themselves too seriously.

Mai2Cents said, “I'm Irish, so maybe the leprechaun costumes and all the St. Patty's Day stuff should be thrown out the window too. Oh, I forgot, I'm white. I'm not allowed to feel offended by anything negative said about me. My bad.”

Helena22 responded, "If people have been killed and persecuted because of the misconception of leprechauns, then please feel free to file a grievance.”

WoodlandEDU said, “If you can't understand the larger and deeper ramifications of these costumes and personas, then go back to school! You were scammed - you learned nothing!”

rojo1284 responded, “You are a fool ! I am Hispanic and I found the burro costume hilarious. I highly doubt that people are judging the worth of an entire race by wearing a Halloween costume. Political correctness has gone too far.”

GawdAwful said, “Whew. I'm going to wear a XXXL suit and stuff it full of pillows, draw some fake beard on my face, add some extra chins, shuffle around dancing badly and go as Chaz Bono. But I'm white, so this is not offensive.”

DelishusCake said, “I'm a ginger, and I get offended when other people dye their hair red. Ban red hair dye!”

thatrix said, “I find this article offensive and stereotypical. Just because I'm white doesn't mean that I take my Halloween costume as anything more than a costume. Get a life Ohio University.”

Rainbow512 said, “Oh I live in Texas and I love it when Europeans wear cowboy hats!”

ksig162 said, “Would it be offensive if a Nazi dressed up as Hank Williams Jr.?”

skady said, “Will I offend the Japanese by dressing in an anime-inspired costume?”

NHLisdope said, “I’m Indian and my buddy is Asian; we are going to be Harold and Kumar for Halloween. If not he was going to be a ninja and I was going to dress up in a 7-11 uniform.”

heyitsmebob said, “I attend Ohio University and I am going to wear whatever the hell I choose.”

CaptainJack1 said, “I am deeply offended when anyone goes out dressed as a pirate. I ask that everyone remember that we have feelings too and want to be treated with respect. Thank you."

TracyLF said, “If someone asks you nicely ‘please don't make fun of my race on Halloween’ the polite civilized person says ‘Ok. I will respect your wishes.’ Only D-bags make a big deal about it.”

Is adulation promoting a sort of sainthood for Jobs?

CNN asked four experts on religion and technology to weigh in on whether former Apple chief Steve Jobs is achieving a kind of secular sainthood. Their collective answer: yes and no. But most CNN.com readers said that while they appreciate Jobs' contributions to society, they don’t view him as a saint.

Hope said, “I have always liked Steve Jobs. For years I would pay attention when his name was mentioned. From the first little apple computer I was hooked. He had a very captivating character. Now I see that I wasn't alone. I wouldn't call him a saint but he was a genius. He was certainly complex but I wouldn't think him cruel. Many people who were on the receiving end of his ‘bullying, belittling, and lying’ would have been thrilled to run to the media with the stories. People will do anything for money. Haven't we always allowed passionate people a temper?”

Jim said, “A man is not judged by the quality of what he designs and markets to the world, but rather, the love he had or didn't have for the people in this world. Was his vision to help others?”

Dean said, “Jobs is overrated ... just like the products his company produces.”

Jim said, “Jobs was a technology visionary. THAT cannot be disputed. He was a valuable man to the advancement of technology, but fallible and certainly no saint."

Tony Montana said, “A saint? No. Too much glorifying of the man here. He was a captain of a technology ship but he didn't event the ship. Nobody thought of Thomas Edison, Albert Einstein or even Michael Jackson as a saint. Stop making something out of nothing. Loved his products but that's it.”

RGS said, “Jobs gave the world a beautiful gift and although I concur with all the praise he rightfully deserves, fans are taking it too far. Being compared to Da Vinci or having the word 'saint' thrown around is not only insulting, but scary at the same time. Jobs might have been a different kind of CEO but he was a CEO, none the less.”

james mcneil said, “The more we learned about Steve Jobs the more we see him as an ordinary man, very ordinary. Sure, he is absolutely technologically talented, but as a human being he is rather questionable. Did Steve Jobs love anyone in his life, truly love – God, his adopted parents, his biological parents, his children, his friends and colleagues? Perhaps, his work!"

WB said, “Yes we are [making him a saint], but this has been going on for some time. Look he didn't invent anything. He copied Xerox's GUI. He advanced and the public liked it. His fame is really due to his Hollywood connections and naive users.”

Samantha said, “The man is dead, why are we asking this question? He may not be a saint, but is that really what we are focusing on here? We are missing the point of death and the person. Let's remember him for who he was and let others write what they want. No judging who the man was because there should be no judgment now."

Portland tony said, “The media is going a little over the top covering his death and biography. Obviously he was a visionary. He excelled at industrial design and electronic product integration! And he apparently was a financial genius. Yet he was only a man with frailties like the rest of us! You may call him what you choose, I'd call him a man.”

PDrapala said, “Nope, just a genius in our times.”

MattmarkLukeJohn said, “Jobs is beyond sainthood; He is the Savior. Steve Jobs gave his life so the world could have iPhones."

Compiled by the CNN.com moderation staff. Some comments edited for length or clarity