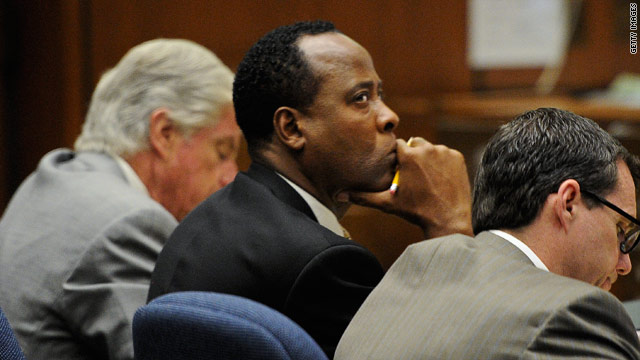 Editor's note: Tune in to HLN for full coverage and analysis of the Conrad Murray trial and watch live, as it happens, on CNN.com/Live and CNN's mobile apps.

Dr. Conrad Murray, who is facing involuntary manslaughter charges in the death of Michael Jackson, will not testify in the case, he told the court in Los Angeles on Tuesday.

Los Angeles County Superior Court Judge Michael Pastor gave Murray until the start of court Tuesday to decide whether he would testify since it is likely to be the last day for testimony in the trial.

The prosecution contends that Murray's use of the surgical anesthetic propofol to treat Jackson's insomnia in his home deviated from the standards of care expected of a doctor so egregiously that it was criminal.

The prosecution contends greed led Murray to leave his medical practice and put his ethics aside to serve as Jackson's private doctor for $150,000 a month.

Prosecutors contend Murray is responsible for his death even if he did not give him the final and fatal dose because he was criminally reckless in using the surgical anesthetic to help Jackson sleep without proper precautions.

The defense theory is that a desperate Jackson, fearing his comeback concerts could be canceled unless he found elusive sleep, self-administered propofol that Murray was trying to wean him off of.

The defense contends Jackson became addicted to the painkiller Demerol through frequent visits to the Beverly Hills dermatology clinic of Dr. Arnold Klein in the months before his death. Murray was unaware of the addiction, and therefore unable to understand why he could not help Jackson sleep, the defense contends.