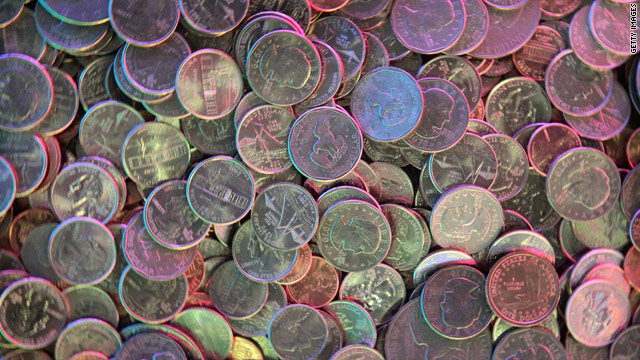 Modest Needs Foundation, a charitable organization that lets donors decide where their money goes, recently made its 10,000th grant, founder and president Dr. Keith Taylor said.
The organization opened its doors in 2002. A CNN.com story about it in December 2009 sparked a historic outpouring of generosity from readers.

The organization's first grant, in 2002, went to an uninsured woman who needed $200 to get a mammogram. The mammogram found a malignant tumor, for which she received successful treatment. The woman told Taylor that $200 saved her life.

"I honestly never realized until that moment that these grants had the power to really change lives," Taylor said. "That letter changed my life – that's for certain."

In between, Modest Needs and its donors have given away more than $10.3 million.

Modest Needs' mission is to help people tackle one-time expenses, usually less (often far less) than $800, that threaten to start a slide into poverty. It also makes grants of up to $5,000 for other nonprofits. The most common type of application is for a month's rent or mortgage payment to avoid eviction or foreclosure, Taylor said. Requests for help with utility and medical bills also are common.

Taylor and his staff of four evaluate every application to determine if it meets the criteria for presentation to donors. Applicants must demonstrate that they are responsible with money and explain how a single grant will help them get through a crisis. Documentation is required, and checks are made payable to creditors, not to individuals.

Modest Needs sees a lot of heartbreaking stories, as well as self-defeating behavior by people whose incomes have been slashed in the economic downturn, Taylor said.

"Many who seek help are in a kind of denial," he said last week. "... They try to cram their old life into this new shape, and it doesn't fit. (But) once you come to terms with the reality of the situation, that's when you become empowered."

The group's smallest grant, for just $30, paid for a round of injections to keep a pregnant woman from going into early labor. The largest, for an unusually large $4,200 just last June, helped a disabled veteran replace ragged carpeting in his home with smooth, solid flooring that's safe for his wheelchair.

The most unusual request was an application by a waitress to help pay for breast augmentation surgery to bolster her tip income, Taylor said. The application was politely rejected.

Scientists have taken the first-ever photos of a glow-in-the-dark shark producing its own light. The kitefin sharkâ€twitter.com/i/web/status/1â€¦4Z
cnni

7:00 am ET March 6, 2021 RETWEET
At least 20 people were killed and more than 30 others wounded in a car bomb blast in Somalia's capital of Mogadishâ€twitter.com/i/web/status/1â€¦Ot
cnni