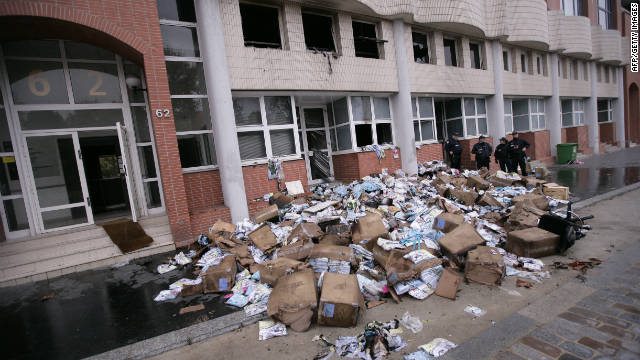 Police officers stand in front of the burnt out offices of French satirical magazine Charlie Hebdo in Paris.
November 2nd, 2011
08:42 AM ET

The offices of the French satirical magazine Charlie Hebdo burned early Wednesday morning, the day it was due to publish an issue with a cover appearing to make fun of Islamic law.

The cover has a bearded and turbaned cartoon figure of the Prophet Mohammed saying "100 lashes if you're not dying of laughter."

The magazine's publication director said the fire was caused by a Molotov cocktail.

The executive, identified on CNN affiliate BFM-TV as "Charb," expressed outrage at the attack.