Greek Prime Minister George Papandreou won a confidence vote in Parliament early Saturday after days of political turmoil sparked by his controversial proposal to hold a referendum on an international bailout for Greece. 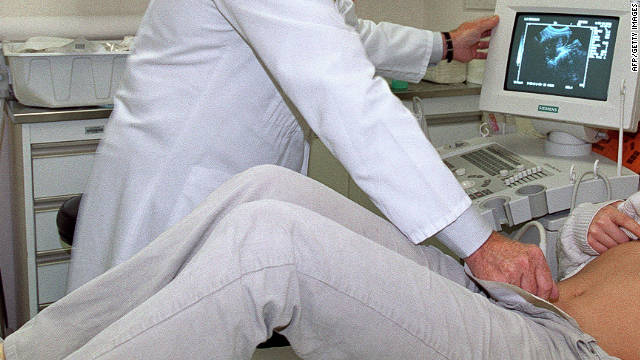 toth88 asked, "When does America get to vote on whether Mississippi is a state?"
END_OF_DOCUMENT_TOKEN_TO_BE_REPLACED

[Updated 7:15 p.m. ET] The jury in the Dr. Conrad Murray trial has ended deliberations for the day without reaching a verdict.

[Posted 4:03 p.m. ET] The mother of the late pop icon Michael Jackson has been asked to return to a Los Angeles County courthouse, where a jury is deliberating the case against the physician charged in the death of her son, according to a source close to her.

It was not immediately clear from the source why Katherine Jackson was asked to return to the building.

Dr. Conrad Murray is charged with involuntary manslaughter in the 2009 death of Michael Jackson. Closing arguments in the case ended Thursday. 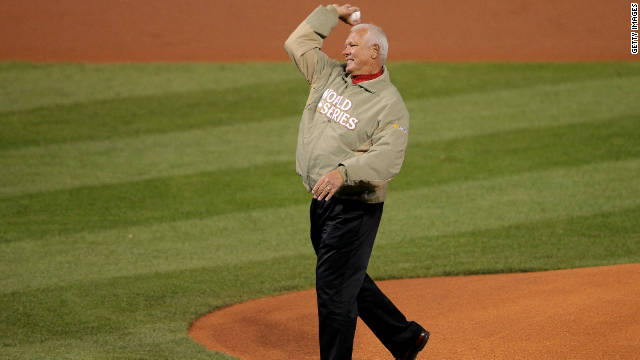 Bob Forsch, the only St. Louis Cardinal to throw two no-hitters and the third-winningest Cardinal pitcher ever, died Thursday after collapsing in his Florida home, the team and MLB.com reported.

Forsch’s death came six days after the 61-year-old threw the ceremonial first pitch at the seventh and deciding game of the World Series in St. Louis. The Cardinals won their 11th championship that night, defeating the Texas Rangers 6-2.

"Having been with Bob just last week, we are all stunned by this news," Cardinals chairman Bill DeWitt Jr. said in a Cardinals news release.

“Bob was one of the best pitchers in the history of our organization and a valued member of the Cardinals family," DeWitt said.

END_OF_DOCUMENT_TOKEN_TO_BE_REPLACED

Overheard on CNN.com: Family court judge should not be beating child

Comments of the Morning:

"Gotta run. Time to beat the kid and kick the dog." - sickciety

Now 23 years old, Hillary Adams has released a videotape of her father, William Adams - a family court judge - strapping her when she was 16. Thousands of CNN.com readers responded to the story, many sharing stories of similar beatings. While some questioned the daughter's motives, others said there was no excuse for her father's behavior, as a family man and a professional.

SDN said, "I think it safe to say that if you were videoed doing this to anyone else, you'd be arrested and charged with assault. The video/audio would go a long way in convicting you, and sending you to prison. I condemn this man for beating his child. Simple."

fredwolf said, "I hate to admit it: beatings do set some people straight. I had a cop stepdad who beat me often, once because I got a 'A' in science and he thought it made him look stupid. He beat my mom too and she wanted to leave him. He threatened to put our neighbors in jail if they reported it. Few years later when I returned on leave and he was retired, we went for a beer, and I beat the living ##&* out of him, partly with his own gun, in an alley. We threw his stuff in the street. The beating worked! He never returned. I never beat my kids, all it does make 'em figure out ways to get away with it next time."

END_OF_DOCUMENT_TOKEN_TO_BE_REPLACED 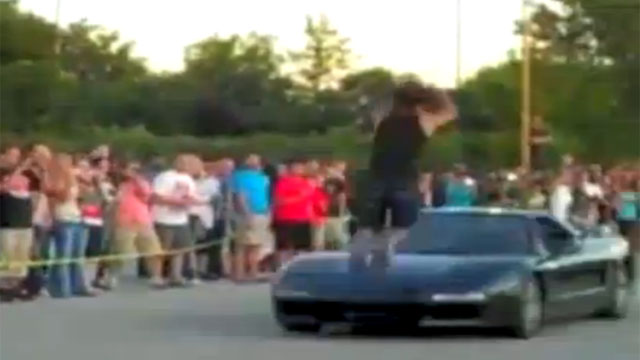 It must be Friday, because we’ve gotten a lot of freaky videos today. From a bandit escaping by wheelchair to a man jumping over moving cars, you’ve gotta watch these bizarre videos.

The Great Escape – A man walks into a store, robs it, and then escapes by motorized wheelchair. The best part: they towed the chair. You’ve got to see this surveillance video.

END_OF_DOCUMENT_TOKEN_TO_BE_REPLACED 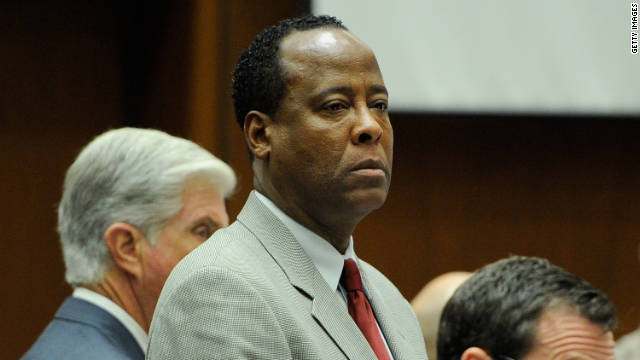 The jury has begun deliberations in the trial of Dr. Conrad Murray, who is charged with involuntary manslaughter in the 2009 death of pop icon Michael Jackson.

The seven men and five women heard from 49 witnesses over 23 days, including Murray's girlfriends and patients, Jackson's former employees, investigators, and medical experts for each side.

Prosecutors argue that Murray's use of propofol - a surgical anesthetic - in Jackson's home to treat his insomnia was so reckless it was criminally negligent. 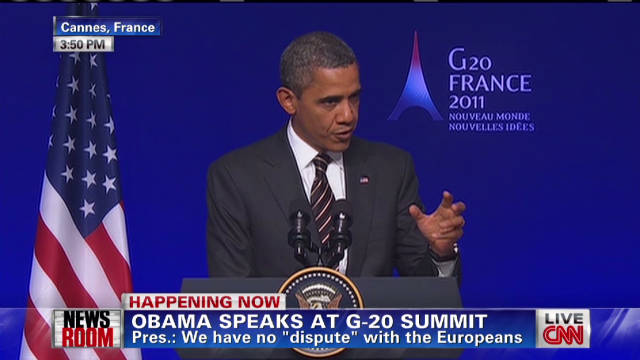 "The international community is going to stand ready to assist," he said at the G-20 economic summit in Cannes, France.

Obama said recent events in Greece have underscored the importance of implementing a Greek economic bailout plan fully and quickly, adding that "global demand is weakening" and "the world faces challenges that put our economic recovery at risk."

European Union leaders on October 27 got Greek bondholders to scrap about half of Greece's debt as part of a three-pronged plan aimed at shoring up Greece's financial future, returning stability to Europe's banks and expanding the EFSF bailout fund's resources to more than €1 trillion.

But less than a week later, Greek Prime Minister George Papandreou shocked the world by calling for a national referendum on international aid for his country - despite already agreeing in principle to implement reforms in order to meet Greek bondholders' terms - which, if rejected, could lead to a Greek default and the country's exit from the euro.

But on Thursday, Papandreou backed away from the referendum plans, saying the opposition's approval of the bailout made a referendum unnecessary. 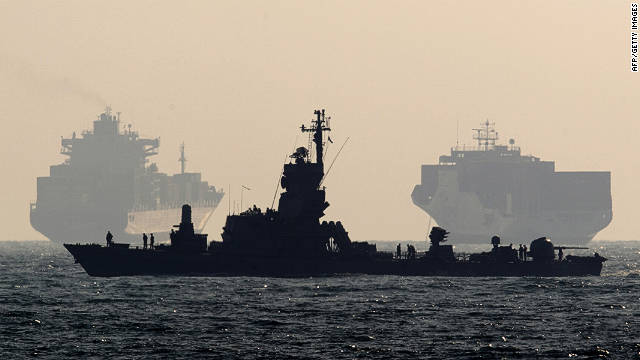 [Updated at 10:50 a.m. ET] Israeli sailors boarded two aid ships headed to the Palestinian territory of Gaza, the military said Friday, and no resistance was reported.

The Israel Defense Forces earlier said that the activists on board the "Freedom Waves" mini-flotilla were "attempting to break the maritime security blockade that is in place in accordance with international law" and were refusing to heed their calls to turn back.

"The boarding was carried out in line with directives from the Israeli government and after all attempts to prevent the vessels from reaching the Gaza Strip were made, but to no avail," the IDF said.

"The boarding was carried out following numerous calls to the activists on board and during different points at sea. Following their unwillingness to cooperate, and after ignoring calls to divert to the port of Ashdod, the decision was made to board the vessels and lead them there."

The IDF said the sailors "took every precaution necessary to ensure the safety of the activists on board the vessels as well as themselves."

"Upon arrival of the vessels at the Ashdod port, the activists will be transferred to the custody of the Israel Police and immigration authorities in the Ministry of Interior."

According to the activist organizers, this mission was the eleventh attempt to run Israel's blockade of Gaza by sea. Five missions arrived safely in Gaza between August and December 2008, with the rest intercepted by Israel.

END_OF_DOCUMENT_TOKEN_TO_BE_REPLACED

Simulated Mars mission to 'land' back to Earth

Six volunteer astronauts will emerge Friday from a 520-day 'trip' to Mars.

The male volunteers have been in isolation in a Moscow parking lot to simulate a 520-day-mission to Mars, part of the European Space Agency's experiment to determine the challenges facing future space travelers.

Scientists placed the six men from Russia, China and Europe in a tight space that mirrors a real space flight in June last year.

During the period, the crew dressed in blue jumpsuits has lived in a tight windowless space, showered on rare occasions and survived on canned food. Messages from friends and family came with a 20-minute lag based on the simulated distance to Earth.

The NBA and the National Basketball Players' Association will meet this weekend to resume talks over a new collective bargaining agreement, a players' union representative said.

"We're going to meet with the league on Saturday," Roger Mason Jr., a NBPA executive committee member, told reporters. "It's just going through where we are and just getting together."

The session in the often contentious talks would be the first in eight days.

The season, which was scheduled to start this week, has been canceled through at least November 30, the league announced last week.