The Arab League condemned the violence and warned of a crisis in the region if the Syrian government does not comply with an agreement made Wednesday with the group to "stop all violence" and allow outside observers into the country.

Opposition groups reported explosions, shelling, and heavy machine-gun fire Saturday in the western Syrian city of Homs, a hotbed of anti-government sentiment and government-led crackdowns. At least 23 people died there, the Local Coordination Committees of Syria said. The Syrian Observatory for Human Rights, another activist group, put the Homs death toll at 11 earlier in the day.

John Lennon's tooth sells for more than $31,000 at auction

The tooth fairy's trash became another man's treasure Saturday when a discolored molar that once belonged to John Lennon was put up for auction.

Michael Zuk, a Canadian dentist, is claiming responsibility for the winning bid. Omega Auction House, which sold the tooth, did not immediately respond to requests for comment Saturday.

Lennon gave the tooth to Dorothy "Dot" Jarlett when she worked as his housekeeper at his Kenwood home in Weybridge, Surrey, according to her son, Barry. Jarlett, who was employed between 1964 and 1968, developed a warm relationship with Lennon, her son said. 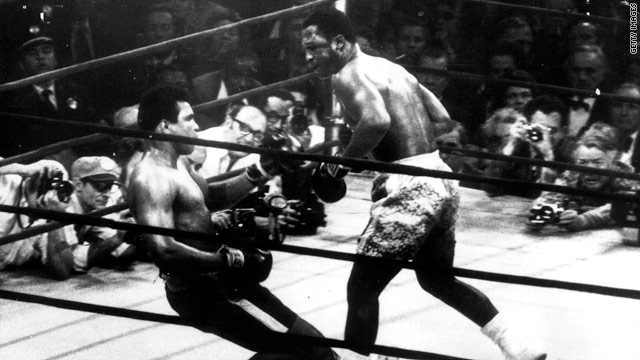 Former heavyweight boxing champion Joe Frazier is seriously ill and in a hospice in Philadelphia, his business manager says.

The 67-year-old Frazier was diagnosed with liver cancer about a month ago, Leslie Wolff says.

END_OF_DOCUMENT_TOKEN_TO_BE_REPLACED

Two recent trips to Mexico -- one to sun-soaked Tulum and another to the big city of Guadalajara -- exposed contrasâ€twitter.com/i/web/status/1â€¦St
cnni

12:00 pm ET January 24, 2022 RETWEET
Uncertainty around the Federal Reserve's plans just drove Wall Street to its worst week since the start of the pandâ€twitter.com/i/web/status/1â€¦C4
cnni

11:15 am ET January 24, 2022 RETWEET
Sarah Palin has reportedly tested positive for Covid-19, potentially delaying the start of the trial in her defamatâ€twitter.com/i/web/status/1â€¦pQ
cnni