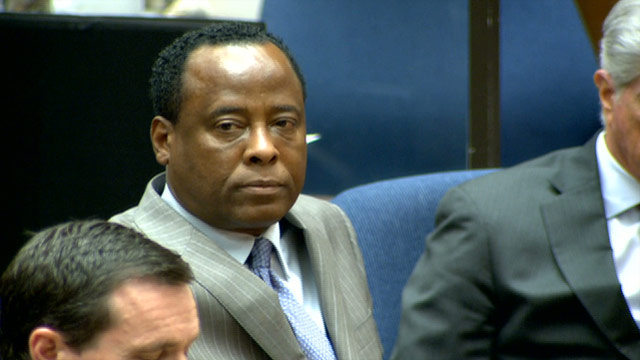 [Updated at 4:38 p.m. ET]¬Ý The hundreds of people outside the courthouse are still cheering and cars driving by are honking their horns after the guilty verdict was handed down. 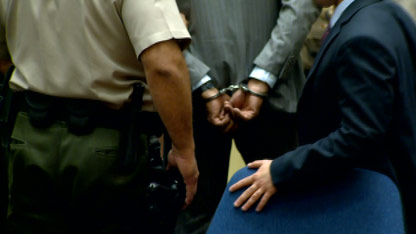 [Updated at 4:18 p.m. ET]¬Ý Fans of the late King of Pop began cheering outside the courthouse after the verdict was read.

[Updated at 3:45 p.m. ET] What questions were the jury considering during deliberations? Let's start with the law. Involuntary manslaughter is defined as an unintentional killing committed ‚Äúwithout the conscious disregard for human life."

"There are not many people prosecuted for this crime," he said. "The range of options are¬Ý probation to four years. This crime [involuntary manslaughter] is usually part of a plea bargain deal. There are not a lot of trials of this kind of crime.:

[Updated at 2:17 p.m. ET]¬Ý Michael Jackson's parents, Katherine and Joe Jackson, were believed to be waiting with other family members at a hotel near the courthouse so they could get there quickly if a verdict was reached.