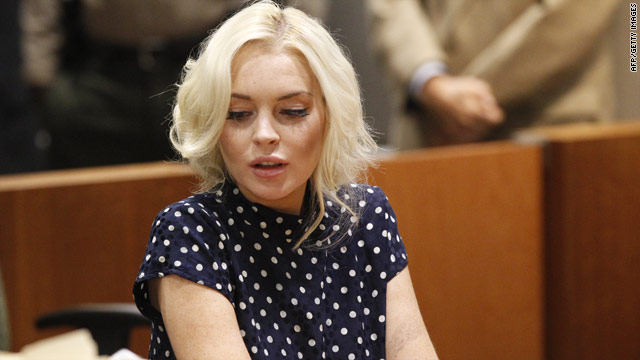 Lohan, 25, checked herself into the Century Regional Detention Facility in Lynwood, California, on Sunday.

Last week, a Los Angeles County judge ordered Lohan, 25, to serve a 30-day jail term after she admitted she violated her probation on a necklace theft conviction.

"It's possible she could be booked in and booked out" the same day, Los Angeles County Sheriff spokesman Steve Whitmore said Wednesday.

"It depends on the fluctuations of the day, what's going on in the jail," Whitmore said.

After that, the actress must work at least 12 days a month at the county morgue until she completes the 53 remaining days on her court-ordered community service, Judge Stephanie Sautner told her. Lohan must also attend 18 psychotherapy sessions.

If Lohan misses any of those goals, she will be returned to jail for another 270 days, the judge ruled.