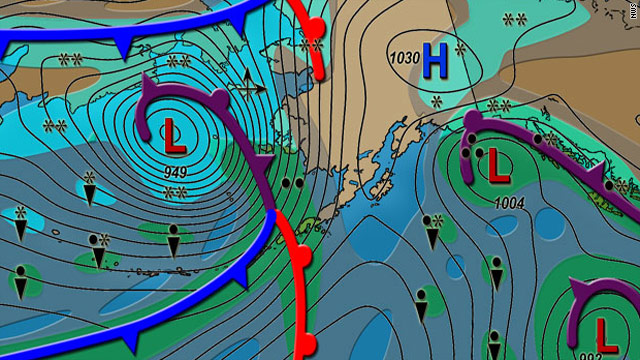 Alaska faces one of its worst storms ever, forecasters say

Alaska is facing a life threatening winter storm with near hurricane force winds, more than a foot of snow and severe coastal flooding, the National Weather Service says.

"This is an extremely dangerous and life-threatening storm which will be one of the worst on record over the Bering Sea and the west coast," NWS forecasters said in a bulletin Monday afternoon.

The storm was about 600 miles southwest of Shemya in the far western Aleutian Islands on Monday afternoon and was expected to move over the Bering Sea toward Alaska's west coast on Tuesday.

Alaska's west coast could also see as much as 14 inches of snow in blizzard conditions, forecasters said. The storm was expected to last into Wednesday.