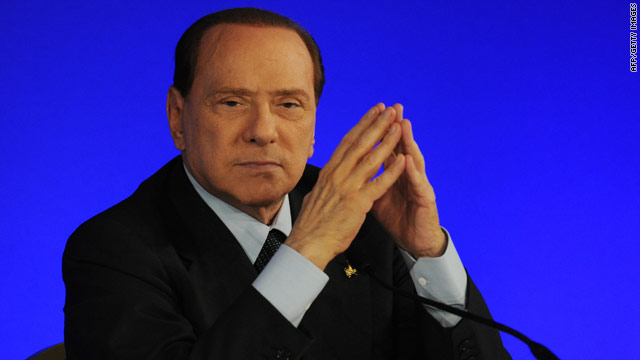 Earlier in the day parliament passed a key budget vote, but he lost his parliamentary majority.

The budget passed by 308 votes, with all those present in the lower house voting for the measure, with one abstention.

However, more than half of the country's 630 lawmakers did not take part in the vote, a clear sign of unhappiness with the government - and an indication that Berlusconi no longer commands the backing of a majority in parliament.

Opposition lawmakers chose to abstain as they did not want to prevent the budget being approved, since it is necessary for the government to function, but equally did not want to lend Berlusconi any support.