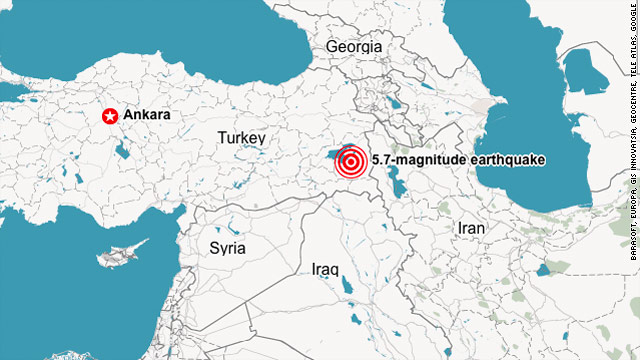 [Posted at 4:14 p.m. ET] A school has also collapsed following the earthquake in Turkey's Van province, according to Turkish state broadcaster, TRT.

Video from DHA showed residents and rescuers in a floodlit nighttime search effort combing through rubble of what appeared to have been a multistory building in Van.

One survivor was pulled from the rubble of a collapsed building, but there were no early indications of how many people might be unaccounted for in the aftermath of the quake.

Journalists are reporting that some buildings weakened by the 7.2-magnitude quake on October 23 in the same province are now seeing structural damage. The previous quake killed more than 600 people.

Reuters is reporter that a hotel and an office building have collapsed in Van, citing Turkish state TV.

6:59 am ET April 5, 2020 RETWEET
For the second time in two days, police have charged a pastor with defying public orders against large gatherings bŌĆtwitter.com/i/web/status/1ŌĆ”xv
CNNBelief