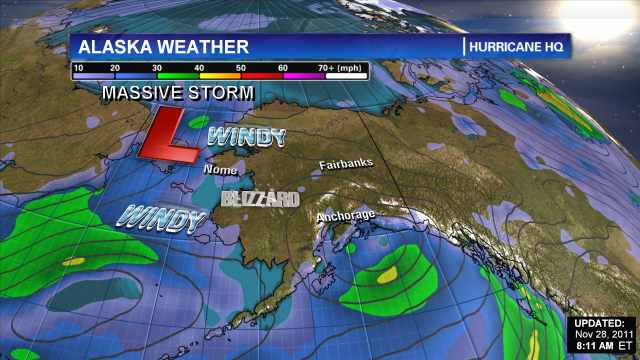 [Updated at 5:35 p.m. ET]Â The Facebook page for theÂ National Weather Service in AlaskaÂ warns that although skies may be clearing near parts of the back side of the storm, more coastal flooding is expected.

[Updated at 5:12 p.m. ET]Â Water is expected to rise about 2 more feet this evening in Nome, where water already has moved to the base of some buildings, National Weather Service forecasters told the Anchorage Daily News.