At least 22 people died and more than 1,000 were injured in eastern Turkey after a 6.7-magnitude earthquake rattledŌĆtwitter.com/i/web/status/1ŌĆ”sz 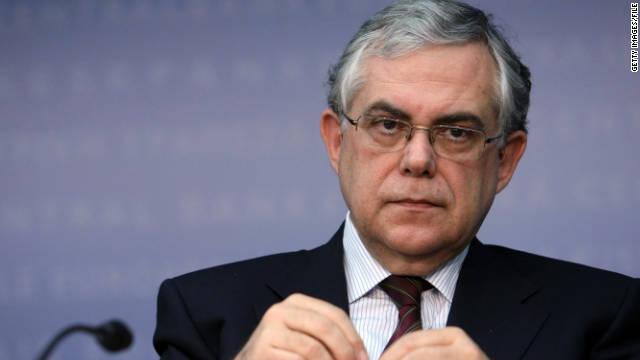 Lucas Papademos, an economist and former vice president of the ECB, will lead Greece's unity government.
November 11th, 2011
09:25 AM ET

Greece's Parliament formally swore in economist Lucas Papademos Friday as the head of a new unity government as the nation seeks to regain political and financial stability after weeks of uncertainty.

Papademos pledged the new government's chief task will be to implement a bailout package and austerity measures agreed to with European leaders last month.

It is hoped that the national unity government will restore political stability in Greece after several weeks of turmoil that have unnerved global financial markets. Papademos, who helped usher Greece into the euro in 2001, replaces outgoing Prime Minister George Papandreou, who resigned over his handling of the crisis.

Police in Australia are urging the public to stay alert after a runner found homemade spikes methodically hidden onŌĆtwitter.com/i/web/status/1ŌĆ”kH
cnni

7:00 pm ET January 25, 2020 RETWEET
The Associated Press news agency has apologized after cropping a Ugandan climate activist from a photograph where sŌĆtwitter.com/i/web/status/1ŌĆ”Nd
cnni