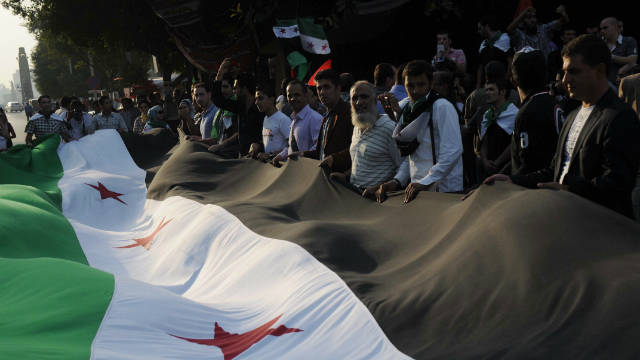 Syria accused of crimes against humanity

The watchdog group has already urged the Arab League to press President Bashar al-Assad's government to allow human rights monitors into the country. Now, it is urging the Arab League, which has called an emergency meeting in Cairo on Saturday, to suspend Syria's membership and to ask the United Nations Security Council to impose sanctions.

It also said Syria should be referred to the International Criminal Court in The Hague, Netherlands.

Human Rights Watch said the Syrian regime has engaged in "the systematic nature of abuses against civilians ... including torture and unlawful killings."

It based its 63-page report on more than 110 interviews with victims and witnesses from the besieged city and governorate of Homs, which has emerged as the epicenter of the months-long uprising.

The death toll climbed again on Friday as the Local Coordinating Committee, a network of opposition groups, reported violent clashes across Syria. It said 10 people were killed, six of them in Homs.

Human Rights Watch said Syrian security forces have killed 104 people (not including Friday's deaths) in Homs since November 2, when al-Assad agreed to abide by an Arab League proposal to halt all violence, release all detainees, withdraw all armed elements from populated areas and allow unfettered access to the nation by journalists and Arab League monitors.

But none of that has happened, according to the daily reports streaming out of Syria.